Did you know a new British business called ‘iinouiio’ (acronym: it is never over until it is over) will be offering a service to British manufacturers for recycling wool and cashmere waste into fibres, yarns and fabrics from Autumn 2021?

iinouiio has installed the first wool and luxury fibre recycling line (for re-spinning) since that last one in the UK closed during 2000. It is located within the premises of A W Hainsworth & Sons Ltd, one of the UK’s oldest woollen manufacturers, dating back to 1783. 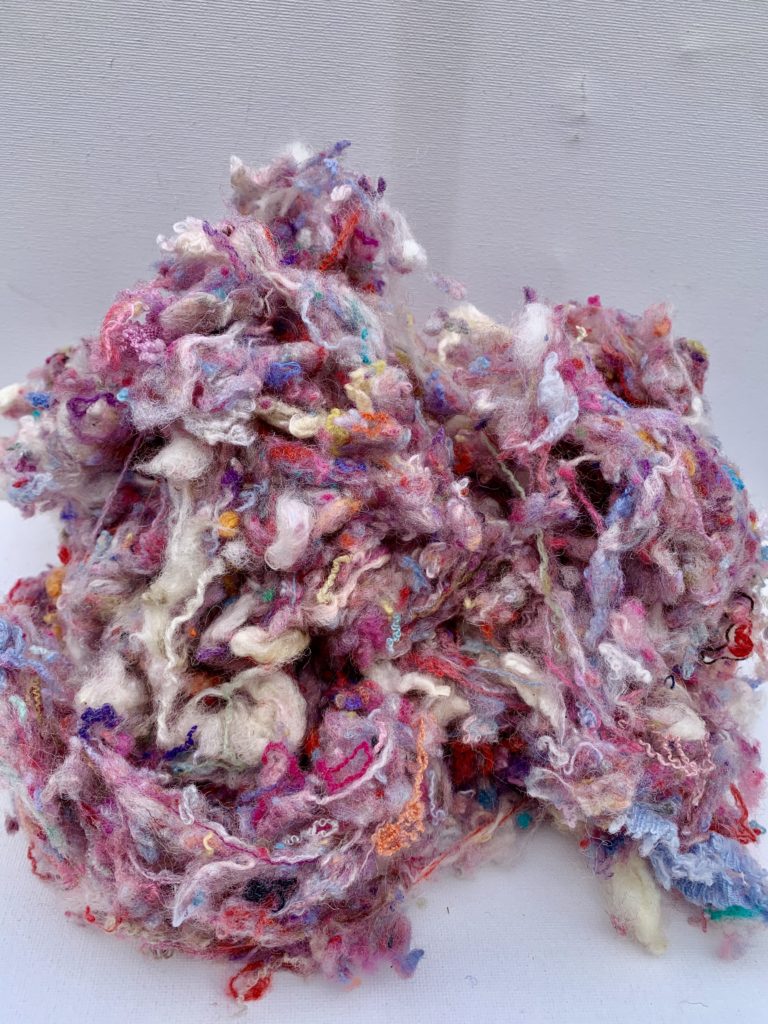 Dr John G Parkinson, Co-founder of iinouiio, says: “This partnership provides (1) the necessary control of (recycling) production for the iinouiio brand of fibres, yarns and fabrics, (2) the capability of repurposing manufacturers’ waste (and retailers’ take-back schemes) so they can re-use or make new products to re-brand/take-to-market and also (3) offer a training and R&D service.

“This initiative is both a landmark within iinouiio’s short history, but a new milestone for the UK textile/fashion industry whereby it can preserve and re-energise the heritage, corporate responsibility and commercial opportunities offered by the oldest textile circular economy that began in the UK over two hundred years ago.”

The first ever large-scale textile circular economy started in the early 1800’s in Britain.

At one time, there were so many companies involved with textile recycling in Yorkshire’s Heavy Woollen district that the town of Ossett’s motto is Inutile Utile Ex Arte (useless things by art made useful).

A British business called ‘Evergreen’ were trying to convince retailers and manufacturers to include recycled fibres in their materials and collections as early as the 1990s.

Demand for textile raw materials is expected to triple by 2050.

Two-thirds of UK consumers buy or receive pre-owned (or second-hand) clothes, and there is a willingness to wear more, especially if a better range were available.

GO BACK TO BRITISH TEXTILE WEEK 21