Bute Fabrics was originally established by the 5th Marquess of Bute in 1947 to provide employment for ex-servicemen and women returning home at the end of the Second World War.

Today the company, based on the Isle of Bute in Scotland, has a workforce of 56 people and produces a wide range of naturally-inspired yet technically-advanced fabrics, that are sold around the world.

Bute Fabrics works with contemporary interior designers, architects and furniture manufacturers, as well as product designers such as Jasper Morrison, Tom Dixon, Barber Osgerby and Timorous Beasties. The firm weaves custom bespoke fabrics for leading contract wholesalers in the US, and exports its products to Japan, Australia and Scandinavia, as well as within the UK and Europe.

Its markets have expanded to include auditoria, airports, theatres, restaurants and the hotel and leisure sector.

Craig McKay, a sample warper aged 19; Sean Hannah, a beamer and warper aged 25; and Stephen Reynolds, a tuner aged 27 received three days of training from German machinery manufacturer Groz-Beckert at the factory on the Isle of Bute. The training was focused on the Super Vega healding machine, which allows an empty loom to be set up for the new warp before the new warp has been made, allowing for a faster turnaround. 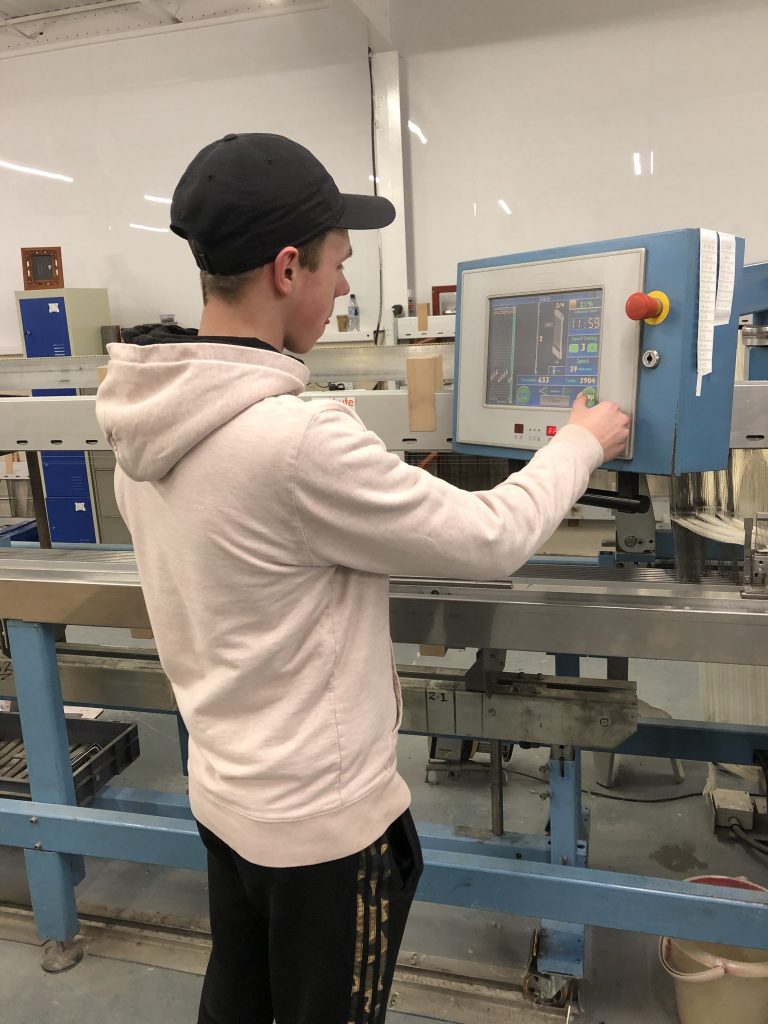 Eddie Planck, operations director at Bute Fabrics, explained that the company had purchased a new machine but only one person could use it, which meant it wasn’t often being used.

“The task had to be done by hand and I have never had someone do it without making a mistake, somewhere down the line,” he said. “We are delighted with what we can do now and have more people who can work with that machine.”

As the company is based on the island, training is typically done in-house by existing staff passing on skills to new employees but Eddie said that having training given first-hand by an industry expert was a real benefit.

“It was great to have the right people here at our factory,” he said.

He also praised the process of applying for a grant as simple and straightforward: “Dealing with UKFT was really easy”.

The scheme has also recently supported Danny King, a former apprentice who has been working at Keighley-based specialist commission weaver Pennine Weavers for the past four years, to undertake a two-week residential course focused on the Dornier rapier weaving machine in Germany last year.

UKFT’s scheme builds on the success of other match-funded technician training programmes and is open companies with textile technicians under the age of 30 across the UK. To find out more details or to apply, please contact martin.jenkins@ukft.org. 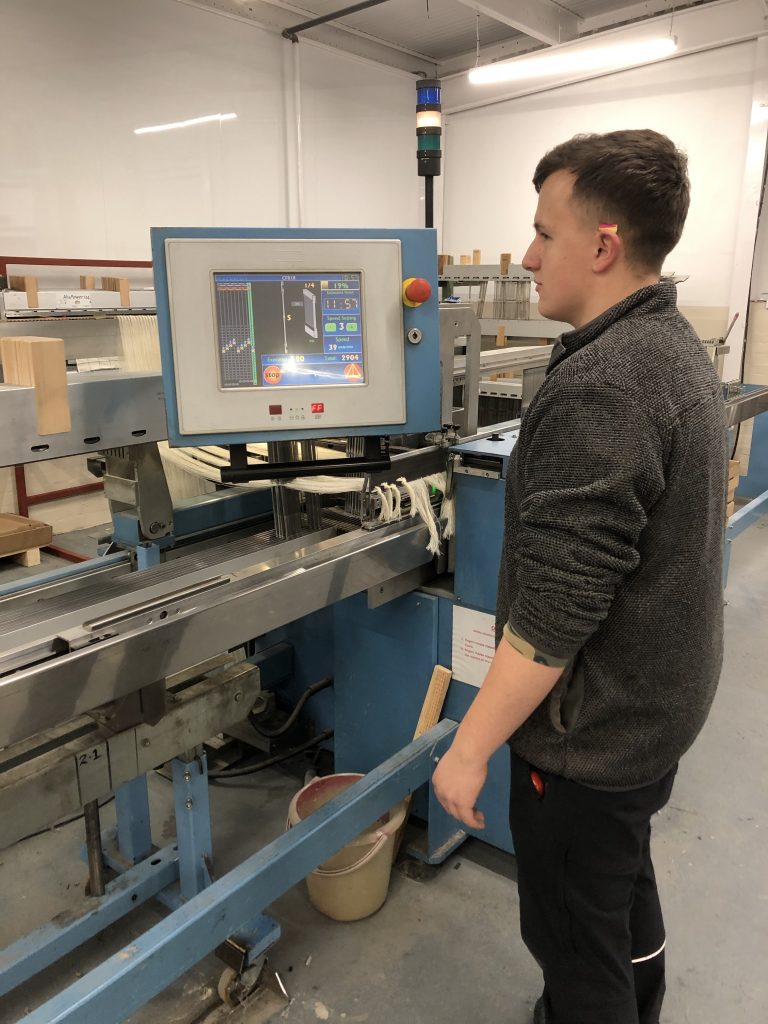