A wide range of UK fashion and textile brands showcased their latest collections at the Chicago Collective A/W Menswear Show, which took place at the Merchandise Mart on 6-8 February 2022. As in previous years, the Department for International Trade (DIT) sponsored a GREAT stand to showcase examples of UK brands participating in the show. The stand featured 24 UK brands including many UKFT fashion and textile members. 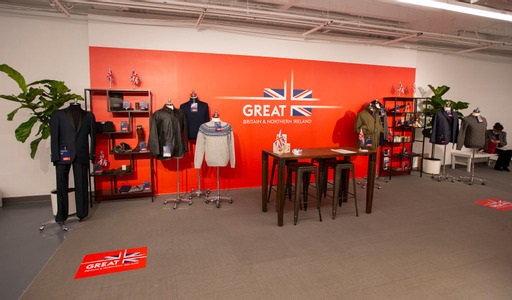 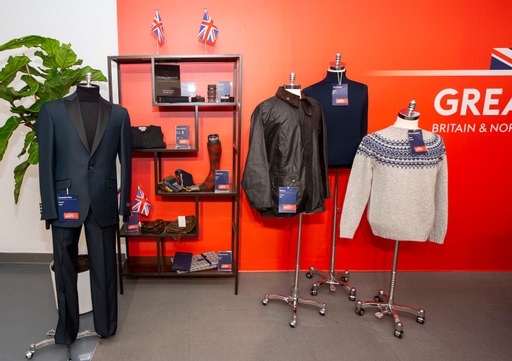 This was the largest show Chicago Collective has produced (even prior to the pandemic) with 401 brands taking part. According to the organisers, 1300 retailers attended from all 50 states and were heavily weighted to independent speciality stores, but with several majors as well. Barbour had the largest display space at the show, along with sponsoring a Barbour Café and lunch area.

DIT said: “The overall feedback from our UK brands was extremely positive. Everyone is clearly happy to resume in-person shows and they were all consistently busy with customers during the event. Holland & Sherry, for example, mentioned they had 48 meetings and only a handful were arranged in advance by appointment. We had several independent retailers stop by our stand and take photos of brand tags and their booth numbers and heard from UK brands that customers had often found them from seeing their items at our stand.

“This is an extremely important show for DIT and we intend to participate again in the Summer Show 2022.”