This year Intertextile Shanghai Apparel Fabrics took place between 17 – 19 March 2021 at the National Exhibition and Convention Center (Shanghai). This exhibition is one of world’s largest international trade fair for apparel fabrics, accessories and interior textiles, targeting primarily at the Chinese market. 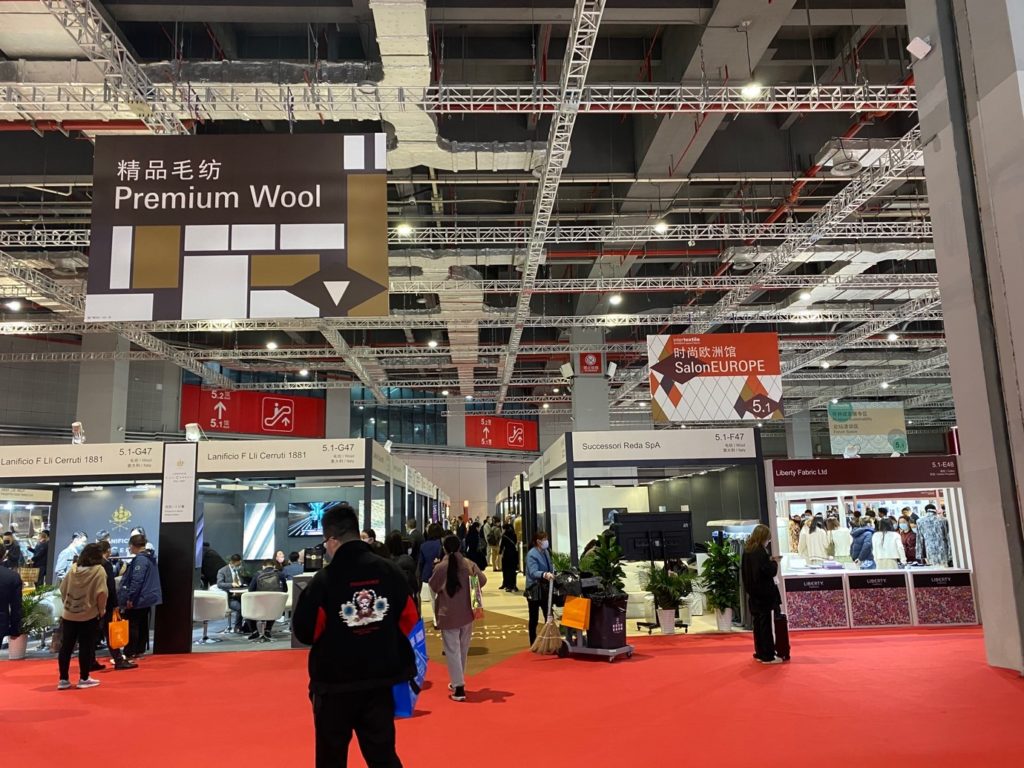 Despite the current travel restrictions, the UK Fashion & Textile Association (UKFT) was still able to organise a strong British presence at the Intertextile in the SalonEurope and Overseas Zone at Hall 5.1 of the Convention Centre. Coordinated by UKFT, the five companies that participated under the Department for International Trade’s Tradeshow Access Programme (TAP), which supports the export development of eligible British companies; were showcased alongside with other manufacturers and designers of British textiles. The exhibiting companies were Linton Tweeds*, Dugdale Bros & Co*, Marling & Evans*, Liberty Fabrics*, Huddersfield Cloth*, Abraham Moon, Huddersfield Fine Worsteds, Standeven, Fairbairn and Wolf Studio, Design Union, Kenneth Mackenzie, OMC England, WGSN, Intertek Group and Holland & Sherry.

Coordinated by UKFT, the five companies* that participated under the Department for International Trade’s Tradeshow Access Programme (TAP), which supports the export development of eligible British companies; were showcased alongside with other manufacturers and designers of British textiles. Most were stationed in the “Premium Wool Zone”. 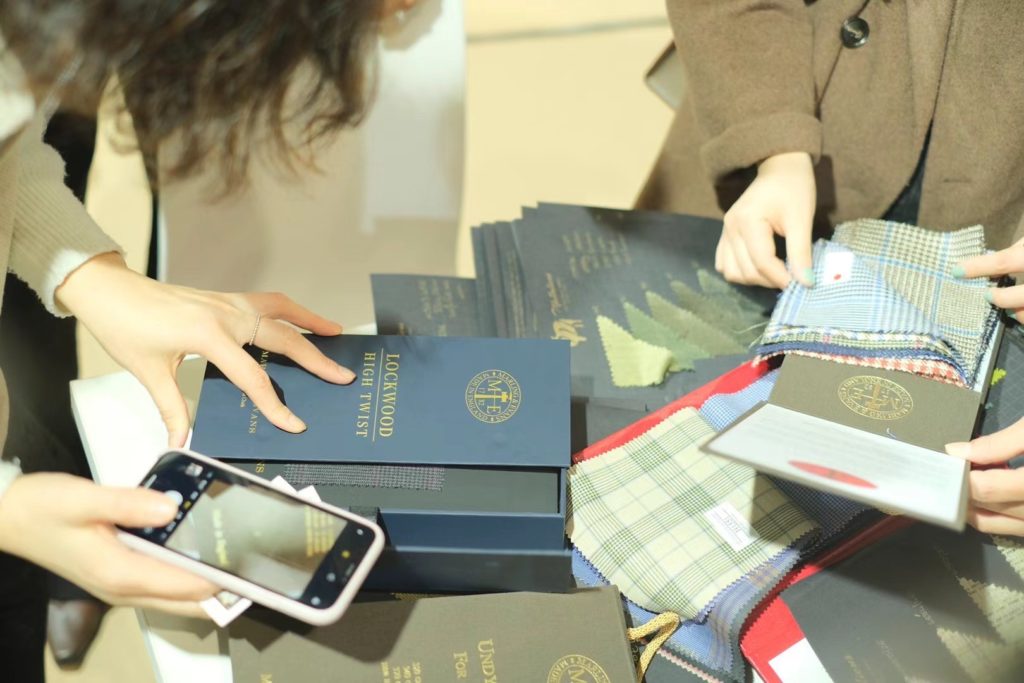 In order to raise awareness of the UK textile industry companies, all five ‘TAP’ companies had the British ‘CREATIVITY IS GREAT’ logo displayed on their stands. UKFT published two articles for the official press and journalists to learn more about UKFT and some of the British companies that were being showcased at the show. UKFT promotes a strong and direct message to Chinese buyers that the UK textile industry offers authenticity and provenance, as well as a unique approach to innovation and sustainability. 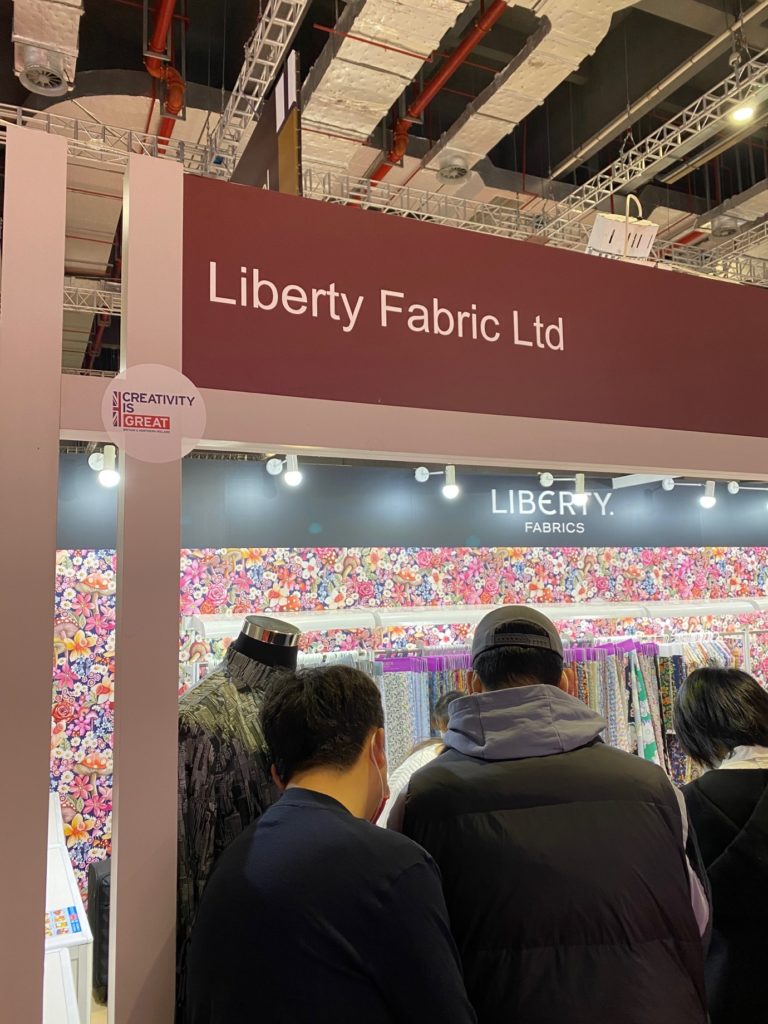 This world-famous exhibition always attracts a high volume of visitors around the country. While most of the stands were appointments-only, all five ‘TAP’ UKFT exhibitors were delighted with the number of visitors. Almost all five exhibitors said this year there was around a 10% to 20% increase of visitors compared with the previous season, despite the travel restrictions to enter China.

The exhibitors highlighted that most of the visitors for their stands were tailors, fashion designers and wholesalers. The majority of the visitors came from all over China, although some exhibitors pointed to a particular interest from buyers from  Chengdu, Guangzhou, Shanghai and Shenzhen. Intertextile offers a good opportunity for old clients to rekindle relationships with the exhibitors and to allow the brands to display their latest fabrics and products for visitors to place orders. Even though most of the orders placed were sample orders, the vendors are almost certain that the clients will be impressed by the quality and standard of their fabrics. 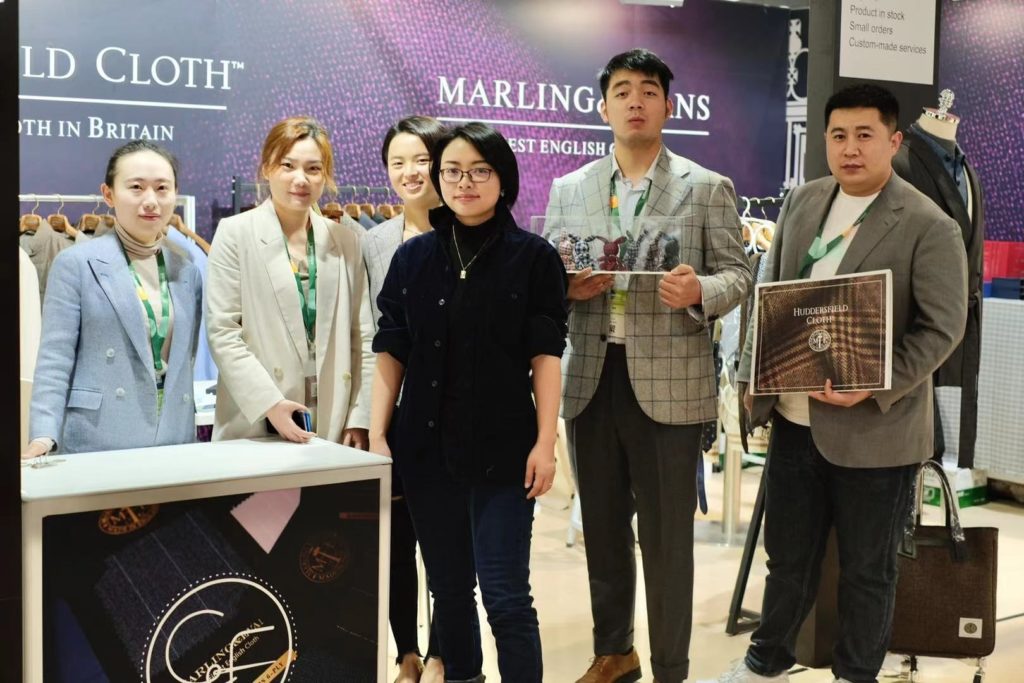 Visitors and the press have always been impressed by the quality and standard of the British fabrics. When asked about the general mood of the market based on clients and exhibitors’ opinion, all of which answered were very optimistic about the domestic China market, but had a more conservative opinion on the overseas market because of the severity of the pandemic worldwide. Because of that, there were much talk about the delivery and export of the products. This ranged from whether the production will be on time to the ability to produce the quantity the clients desired. 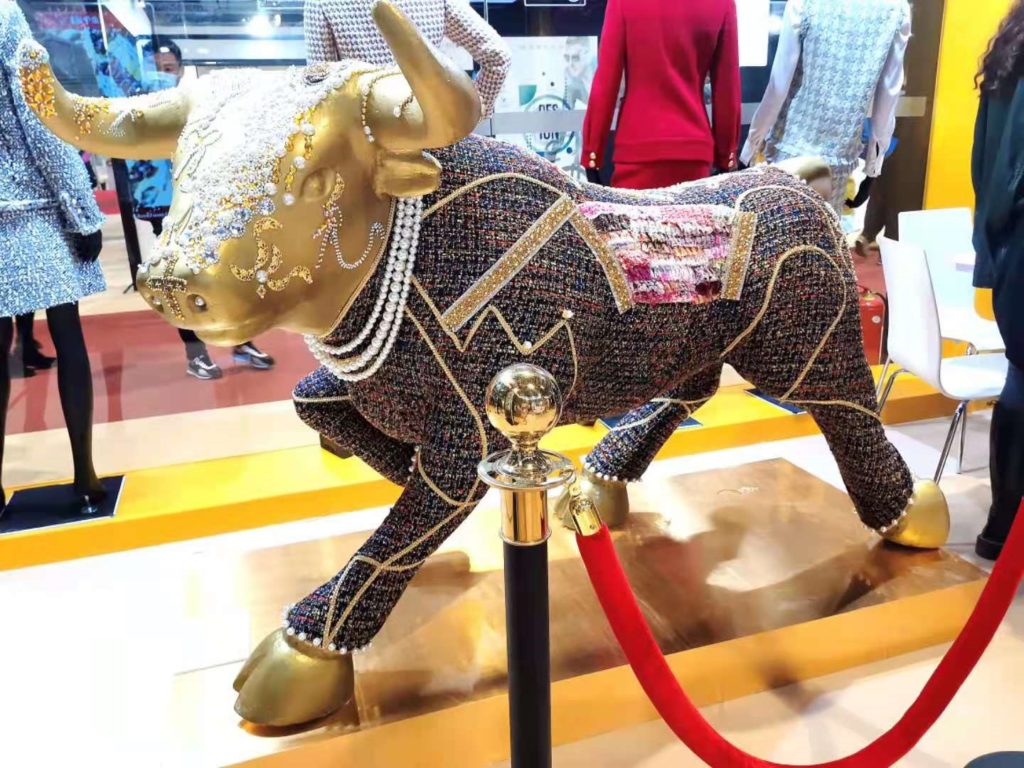 Nevertheless Intertextile Shanghai was a success despite the current world pandemic. China has recovered from the pandemic since April last year and the Chinese economy continues to bounce back and grow. This reflects the positive view of the market by our ‘TAP’ companies. This event is one of, if not the largest integrated yarn, textile and fashion events and highlights the importance of the Chinese market. Even though the demand for British fabric is high, British companies should not underestimate the fast-growing pace of other Chinese companies as cost to design and manufacture is generally cheaper than the West. Consequently, it is always important to have a British presence at such events.