Adam Pursell is Head Dyer at D. P. Dyers based in Honley, West Yorkshire, a commission piece dyer which specialises in dyeing natural and synthetic fabrics used by global luxury brands, independent designers and high street retailers. Fabrics dyed at D. P. Dyers are used in iconic products all around the world. 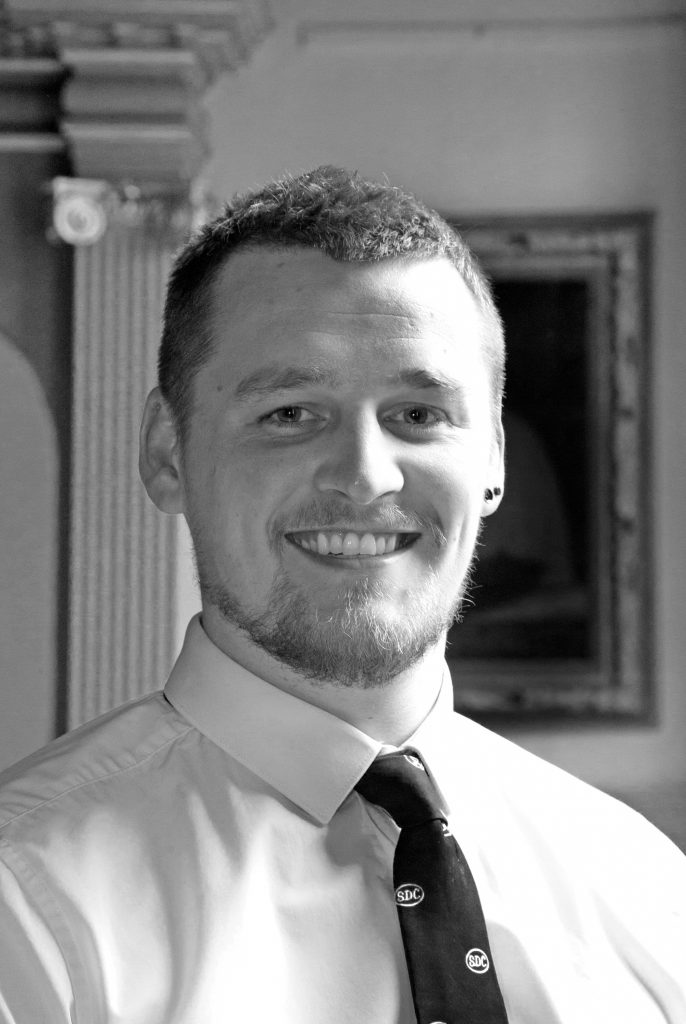 Adam started at D. P. Dyers as an apprentice in 2011 and has worked his way up to his current role, with responsibility for the all technical aspects and people within the business which include; shade matching of all dyeing, chemical and dyestuff buying, quality control of dyed goods, liaising with customers and suppliers, lab dyeing and development projects.

He began working in the goods-in department and has undertaken each area of activity from batching, colour and chemical weighing through to stock control, small scale dyeing machines and large scale dyeing machines. He then went on to the lab, where small samples are produced for customer approval before bulk orders are dyed. 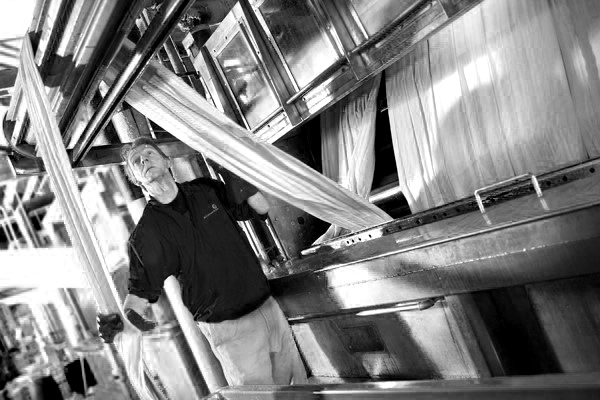 Adam has built up his skills learning “on the job”, as well as completing various vocational training courses including the Textile Colouration course from the Society of Dyers and Colourists, and Textile Design and Manufacture, at the Textile Centre of Excellence.

He says: “I wouldn’t do it any other way: a degree in some jobs is perfect but in this one, it’s a bit different. It’s more about the business and how everything fits together, and you can’t learn that at university.”

He loves the variety each day at the dyehouse brings and the stories of where his fabrics end up.

“My role as head dyer means having my fingers in many pies. You have to be thinking of everything that comes in through the door because all aspects impact the job from fabric, water, dyes, chemicals, machinery, and people. It’s a problem-solving job and although the end result is often the same, every day there are new challenges which keep you on your toes.” 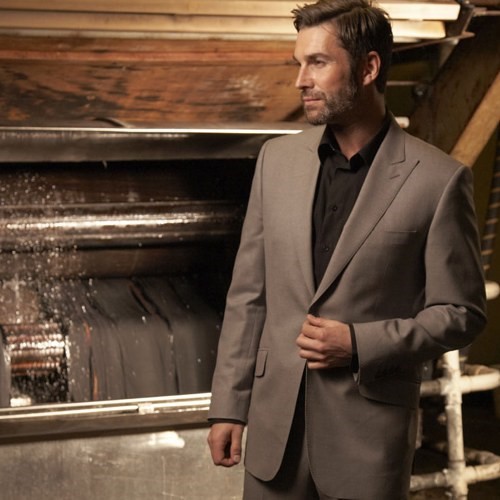 A commission dyehouse offers the opportunity to work with all fibres and blends. D. P. Dyers works with the finest luxury fibres to more ‘commodity’ fibres, and everything for many uses in between, on a daily basis.

The biggest challenge Adam has faced is being a young person in a very mature industry. He’s now 30 and still seen as “the young lad”! 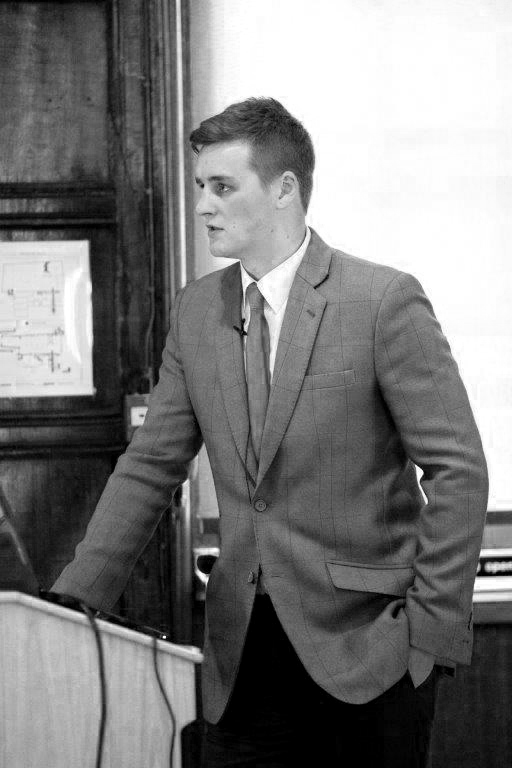 He says: “There was a real lack of recruitment in textiles (especially in dyeing), and I think a lot of people became complacent and resigned to the fact there would be no trainees or apprentices going to be coming through, so when they did (like me and my peers), people found it hard to adapt and accept that the younger generation worked in a more modern way.”

For someone looking to follow in his footsteps for a rewarding career, he advises: 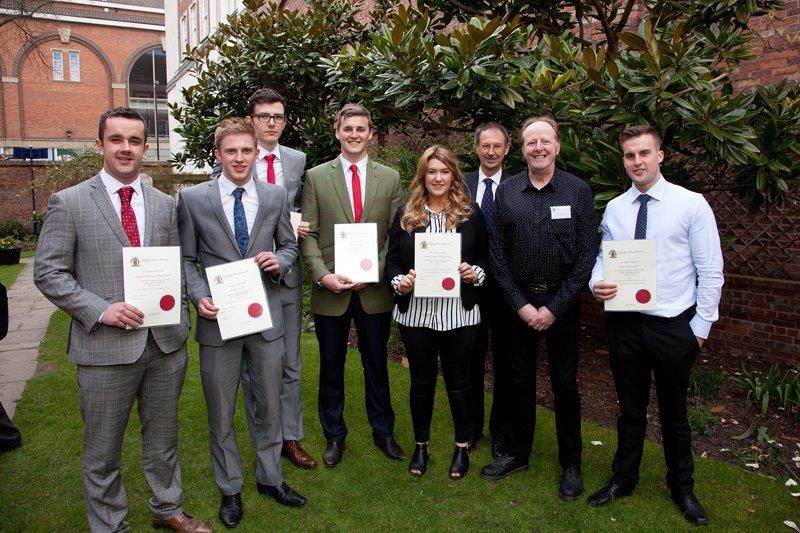 “Everyone has different experiences and people are the best resource we have. What my mentor Phil doesn’t know about dyeing isn’t worth knowing! Remember everyone started somewhere, and it can take a long time to get to where you want to be.”

Adam is motivated by wanting to provide the best life for his family and on a professional basis, he wants to be at the top of his game. 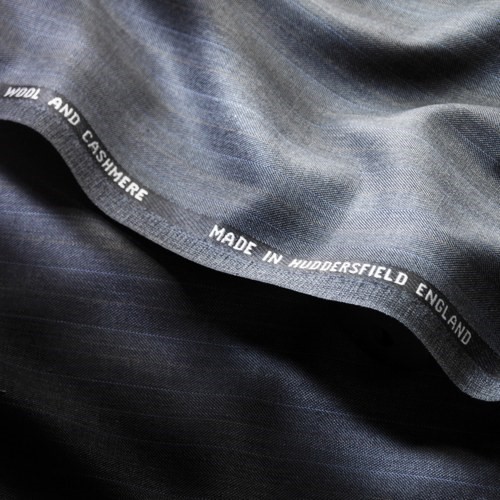 He explains: “I see the reverence that some of the names in the generation before me hold in the industry, and if people can count me as one of their equals, I’m happy. I came into the industry as a 20-year-old who probably thought he knew too much, and now I know how wrong I was! I’m trying to learn every day, and always consider the bigger picture. The more I learn about our industry, the more I realise the worth of having a holistic approach to developing my knowledge and skills.

He loves being part of the UK’s textile industry, which has a great heritage, especially coming from Huddersfield. He loves seeing where the fabrics are used, from the high end designers to development projects, such as seats on a London Routemaster bus, or dyeing the official Teletubbies costumes. 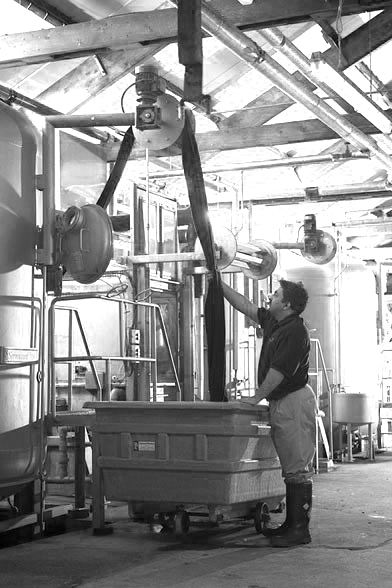 “Our company wagon has “dyeing the world’s finest fabrics” written on the side of it, and it’s true,” he says. “The textiles we produce in the UK, and more so at DP and our parent company W.T. Johnson & Sons, are ones that people wear with pride all over the world, and it’s nice to have a hand in creating a product that people value the worth of.

“I didn’t know jobs like this existed before I started, but it is a great industry to be part of. We’re seeing lots of companies reshoring production to the UK and the made in Britain brand is strong. A lot of firms are waking up to the benefits of UK production as we can often produce quicker than overseas, we can be more flexible and transparent.”