Head of Operations at

Karl Headleand is Head of Operations at Celtic & Co, where he has worked for the last 20 years. During this time, he has done almost every job at the Cornwall-based company and is always a great driver of improvement. 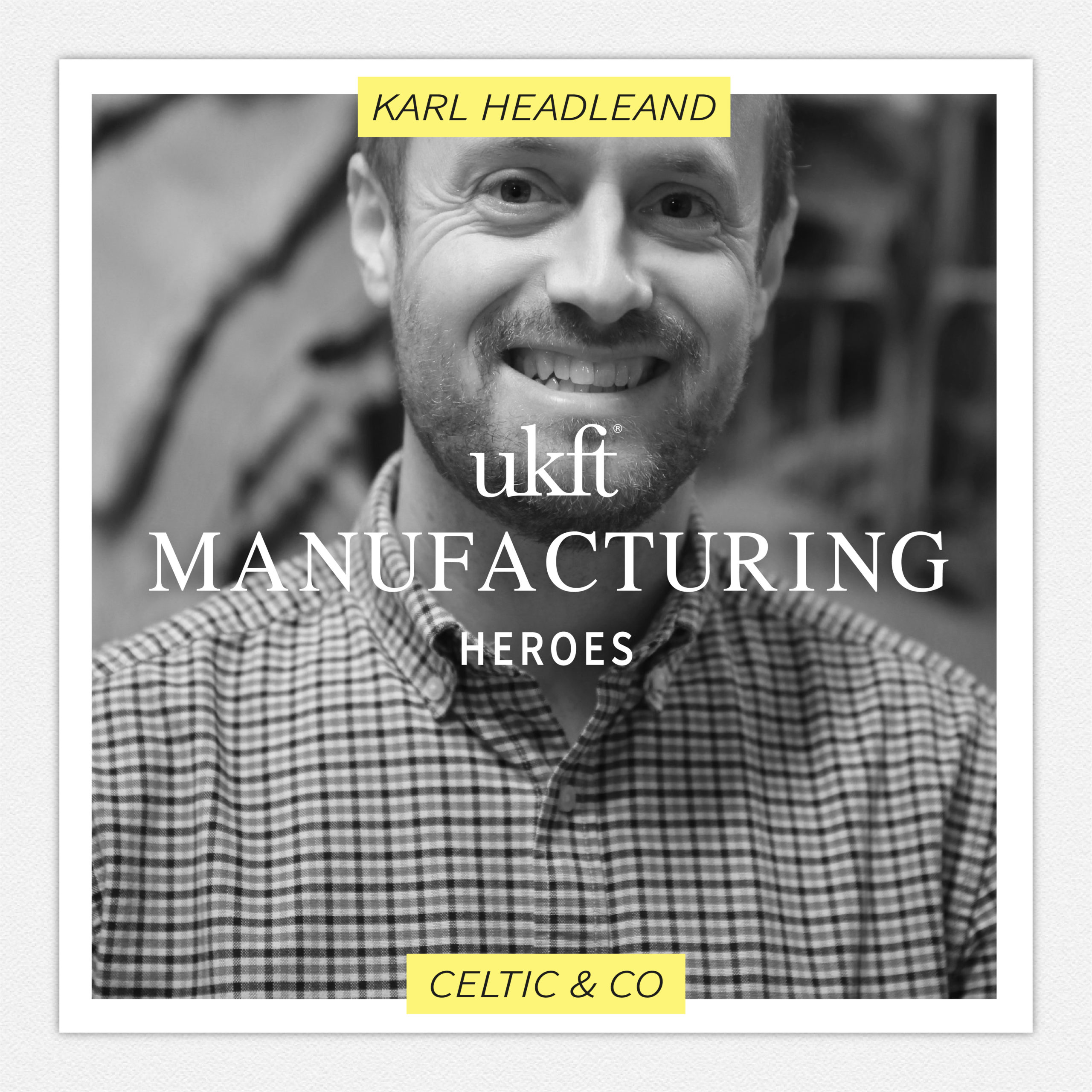 Karl Headleand joined Celtic & Co in 2000 on a temporary contract while he was applying for a position in the Royal Air Force but quickly discovered a passion for the small company, which specialised in premium British sheepskin footwear originally for the local surfing community.

“They’ve not been able to get rid of me since,” he jokes, explaining that he grew with Celtic & Co, which at the time had just five employees including the founders Nick and Kath Whitworth. 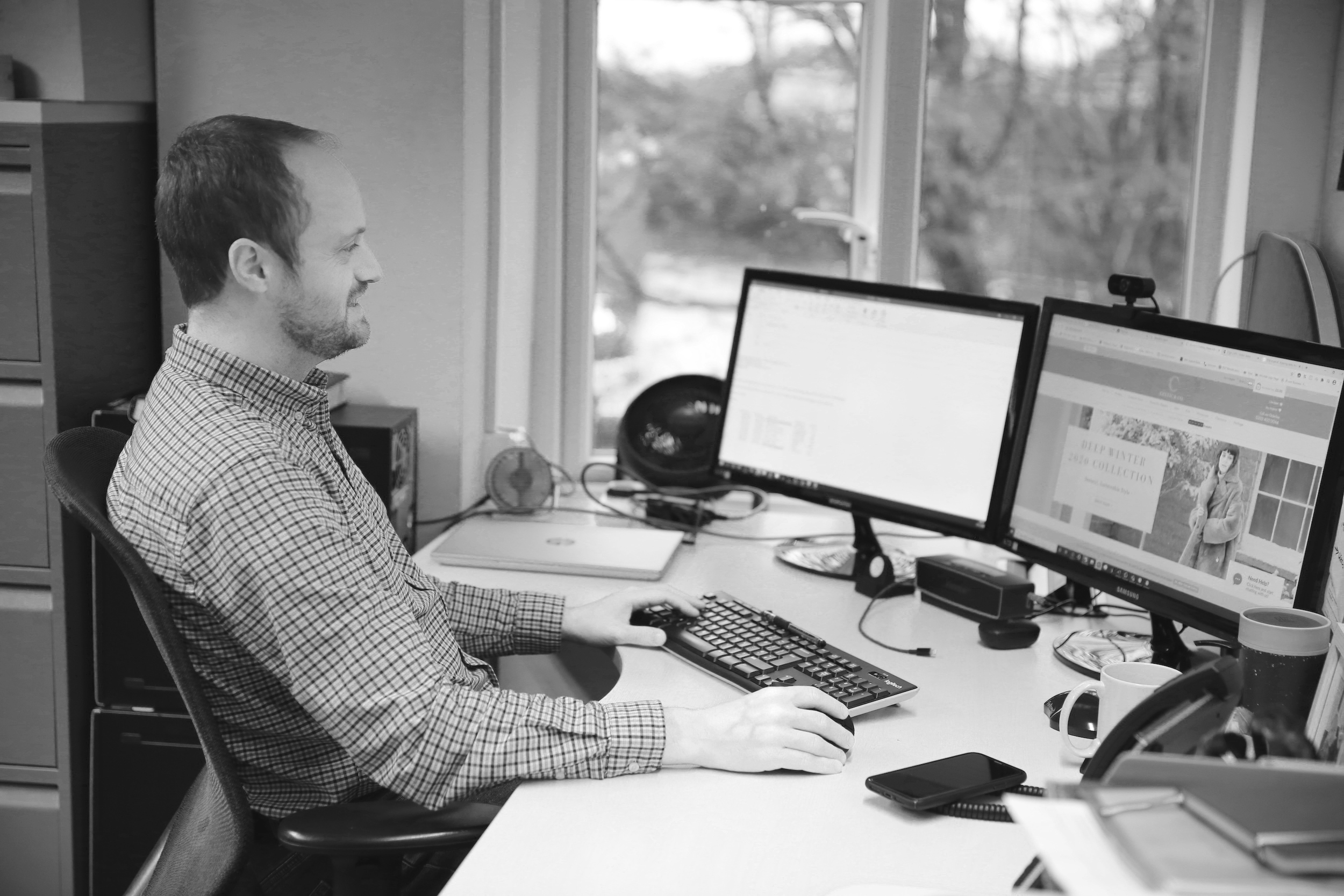 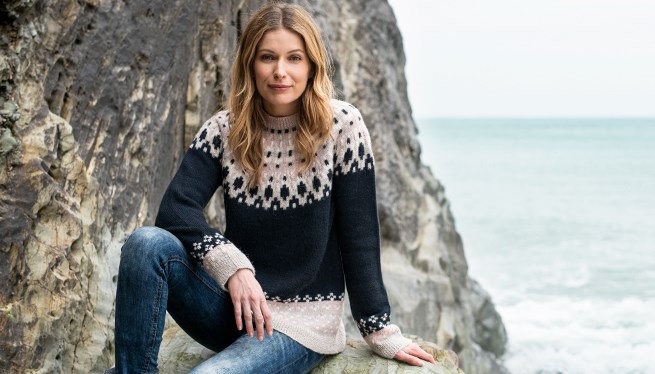 Today the firm has a workforce of around 70 people based in Newquay on the beautiful north Cornish coast and has expanded its range to include clothing, outerwear, accessories and leather footwear.

Celtic & Co now has hundreds of thousands of customers all around the world and last year the firm received its second Queen’s Award for Enterprise in the International Trade category. 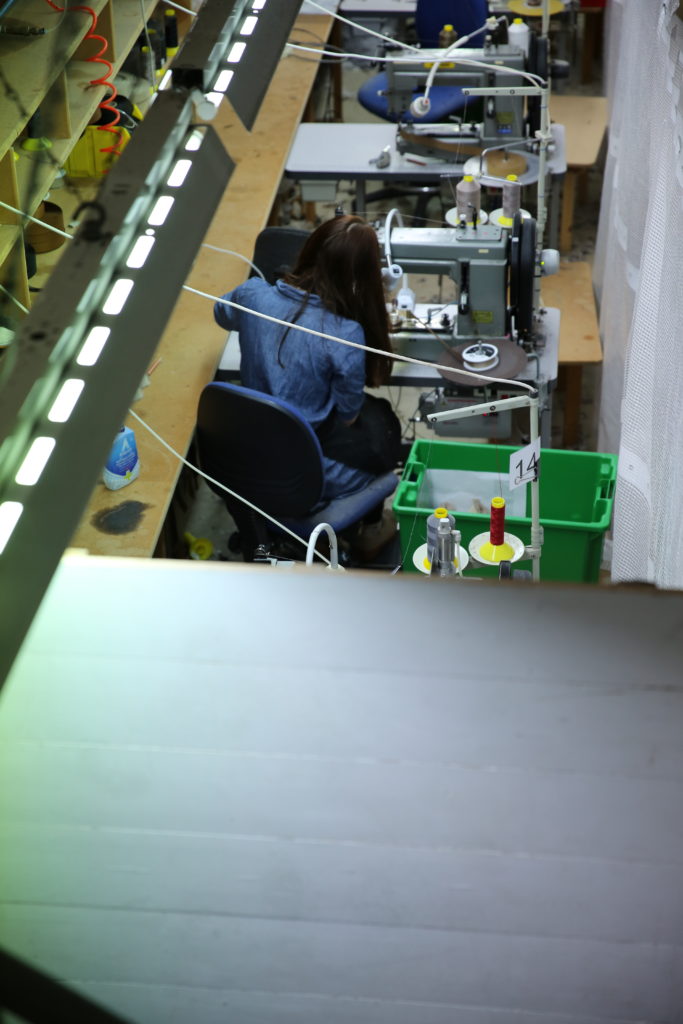 “During my time, I have done most of the positions available,” explains Karl. “I started answering the phones but then started to work in the workshop in the quality control end of manufacturing. As the company grew, I started to take on more of an operational role and now my main areas of focus are the warehouse and IT systems but I still help out on a practical side in the factory.

“I managed the factory directly for a few years and we now have a production manager in place – Stuart Parker. We have around 17 people in manufacturing but we are recruiting as we grow. We currently have vacancies for sewing machinists and quality control, and we’ve just increased our cutting capacity.”

Karl says he likes the variety of his role the best, as he gets to see all parts of the business and deal with problems as they arise.

“I like the opportunity to problem solve,” he says. “I feel quite lucky to be part of a business that is resilient, we’re a local employer and we also buck the local trend. Newquay is a really seasonal employer whereas we operate all year round. We employ on full term permanent contracts as well as additional temporary contracts in the run up to Christmas and it is nice to be able to offer that here. Outside of the larger employers, work tends to be tourism, very seasonal, split shifts so you can go from a lot of hours one week to not a lot the next.

“I’ve been in this role since I was 18 so sometimes I think the way we do things is the norm but they aren’t. It is great to say that you work with natural materials and we’re focused on thinking about waste and buying local. It’s not something that everyone does.

“It’s a feel good factor that what we are making is a sustainable product – sheepskin is a waste material, by-product of the meat industry, so we’re producing things from something that would have otherwise gone to waste. We’re proud that the skins we use to manufacture our sheepskin footwear are from British sheep.”

One of the biggest challenges he has had to face to date is the last year and the Covid-19 outbreak. Demand increased for Celtic & Co’s relaxed luxurious range of footwear and clothing as people worked from home. 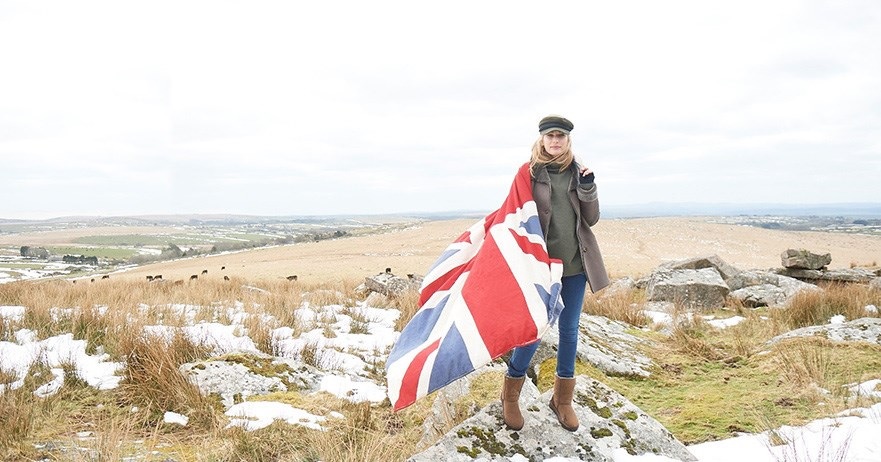 “If you put on sheepskin slippers or boots when you’re sat at your desk on a cold morning, there’s nothing quite like it,” he says.

“We are incredibly lucky that our product offer was relevant for this period and being busy at a time like this is great but it has been a challenge in itself. We are dealing with a massive unknown and we had no opportunity to plan for it.

“We’ve also been lucky as we have always mainly been a mail order and ecommerce business which means we could get our products to the customer without issues during lockdown.

“However, the first challenge we faced was that our sheepskin supplier stopped working and although we hold stock, we don’t hold that much. We furloughed the factory team for a short period in lockdown one as they couldn’t work.”

Celtic & Co kept on a small core team to prepare the layout for social distancing and physical barriers. In the sew room, production manager Stuart suggested they could use high grade shower curtains to create barriers through the machines. This created a physical barrier but let enough light through and didn’t make people feel too isolated.

The company also changed the layout to create a one-way system in some parts of the factory and asked people who could do to work from home. As this isn’t something that has been done before, it presented a number of challenges. 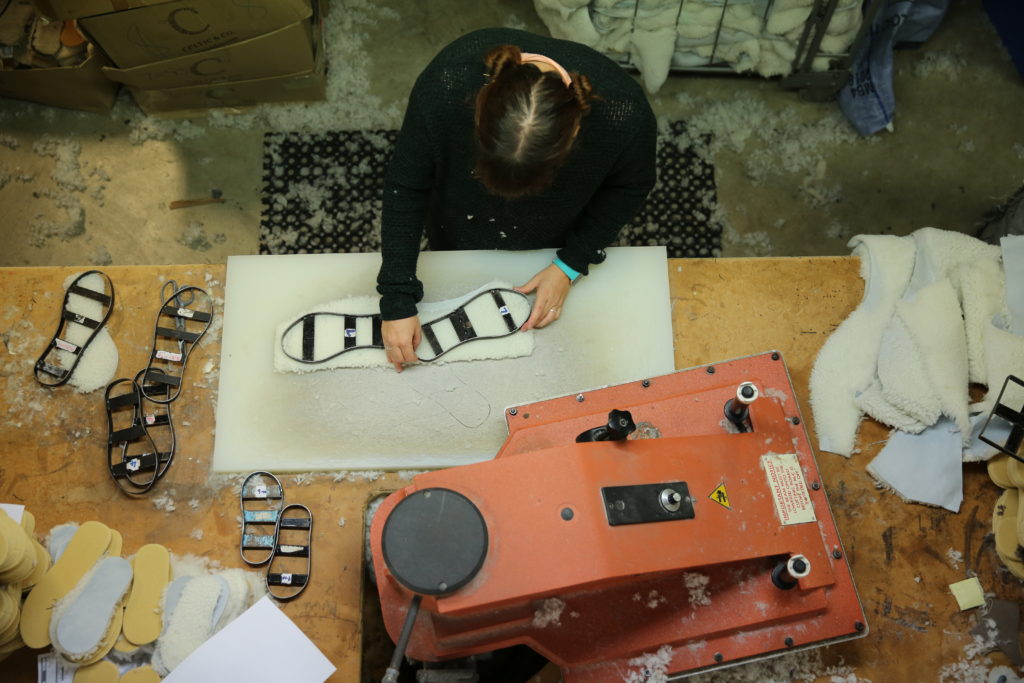 “We’ve got a great team of people who accepted the situation for what it was and the measures we put in place,” says Karl. “We’ve been lucky that we’ve not had any cases of transmission in the building.”

Karl himself can operate a sewing machine but isn’t proficient at sewing. He can generally fix them though and has had many reason to do so over the years.

“It’s a very skilled job and takes between three and six months for new starters to get up to speed,” he says. “In a normal cycle, making a pair of slippers or boots generally takes about two weeks to get through the various stages in the factory but if we need to for an urgent order or press request, we could make a pair in a couple of hours.”

Celtic & Co manufactures most of the sheepskin footwear it sells and works with carefully-selected partners for its clothing ranges as the company doesn’t have the expertise or machinery required. Around 75% of products are made in the UK, with the remainder sourced as close to home as possible from experts in their trade.

“We’re growing our team and we’re still only just able to keep up,” he says. “We have grown our footwear range quite extensively now. We have invested in a moccasin machine and we’re producing a number of the moccasin range we sell, which will increase in future. We also produce a lot of the sheepskin-based accessories we sell such as mitts, hot water bottles and scarves.” 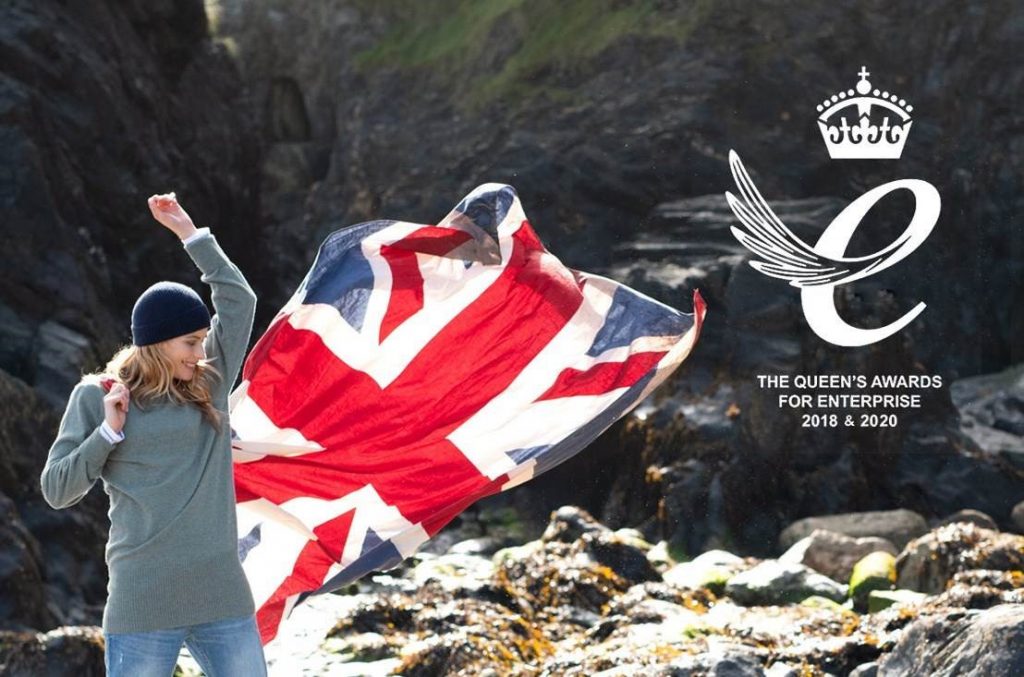 Karl says he takes real pride in being part of a Cornish manufacturer, which flies the flag for Britain overseas.

“It’s nice to show off that manufacturing in the UK is still happening and we produce a quality product,” he says. “It’s also good that we’re not particularly a high tech manufacturer – we have a lot of aerospace manufacturers in the local area but we’re a different ball game. We might not be able to produce the quantities that big manufacturers overseas do but we can offer the quality and flexibility which you wouldn’t get with mass manufacturers.”

Celtic & Co is about to launch in Japan and has strong sales in the US and Canada. In the UK, the brand has launched in John Lewis and is working with a number of other high street retailers.

Karl is also planning for a move to a new larger premises for the warehouse and customer service team to allow for additional growth.

“It’s been a very busy year but I’m excited that we’ve got some exciting projects in the pipeline. There’s a lot more we can do.” 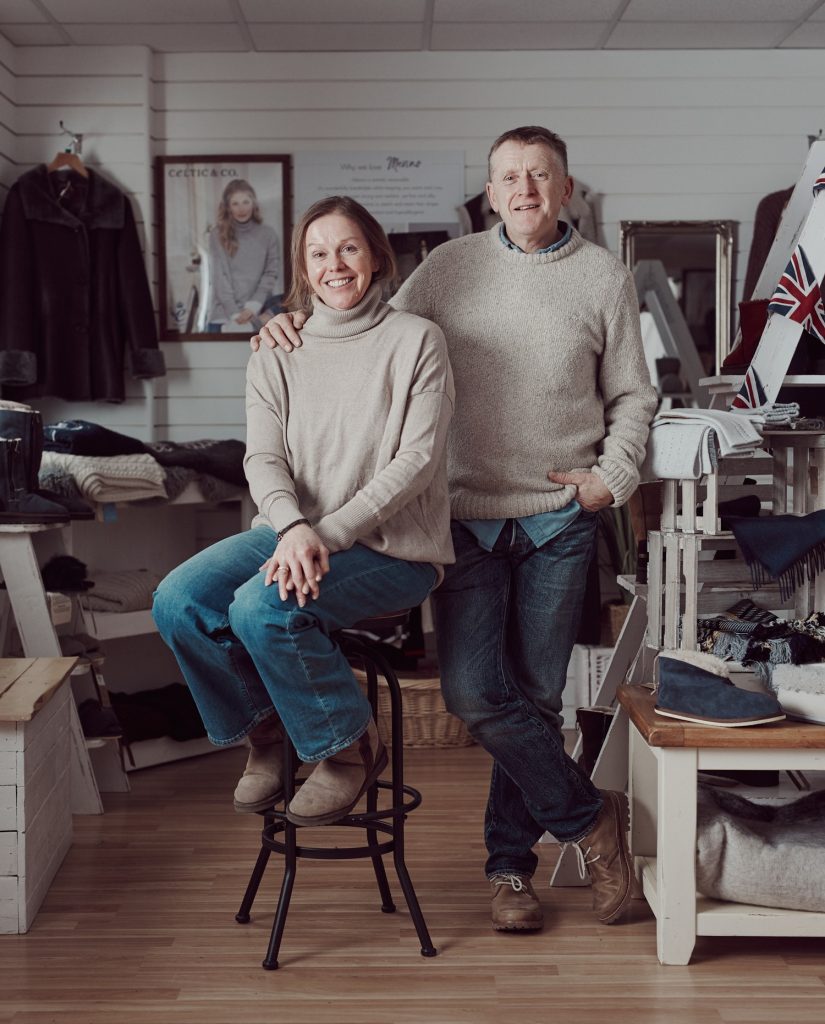 Nick Whitworth, co-founder of Celtic & Co, says: “Karl is like our swiss army knife – a valuable and versatile member of our Celtic family. The business has been through ups and downs and we are very grateful for his dedication throughout it all.

“He is a motivated, always friendly colleague who likes to think outside the box whenever there’s a challenge. And it fills us with pride to see someone going through all the different stages at Celtic & Co., fulfilling a great job on his journey. He’s a good man who we can rely on and we thank him very much for the last 20 years – here’s to at least 20 more to come!”