Mark Lyons was one of the first technicians to work with Shima Seiki machines in the 1990’s and has since built a wealth of experience in knitwear programming. He originally joined the Barrie Knitwear team in 2006 and now manages an efficient team of knitwear programmers who develop ranges for some of the world’s leading fashion brands. 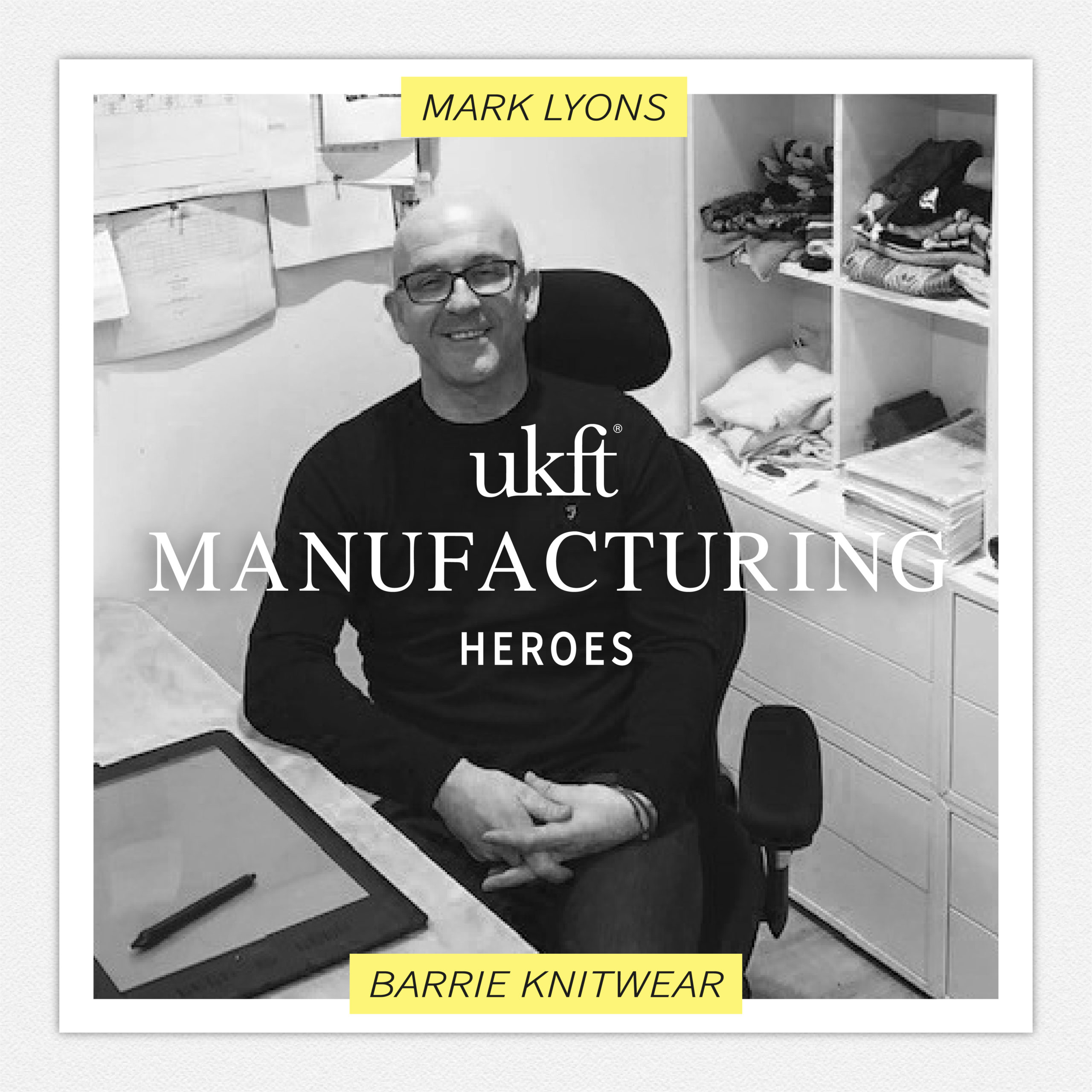 Barrie Knitwear is a luxury fashion manufacturer, based in the Scottish Borders since 1903, and is renowned for its outstanding expertise in producing couture cashmere garments for prestigious fashion houses.

Mark joined Barrie Knitwear as a freelance Shima technician in 2006 and accepted a full time role in 2010. To broaden his experience, Mark went on to take a product development manager position at another company, but returned to Barrie Knitwear just before it was acquired by Chanel.

“I always liked the atmosphere at Barrie Knitwear, it was a fantastic, busy place to work with good attitudes. I also liked (sales director at Barrie Knitwear) Clive Brown’s vision and how the designer garments they were making were very much at the forefront of what we were doing in Hawick, which has always been the case and even more so now since Chanel’s involvement, and all the subsequent investment.” 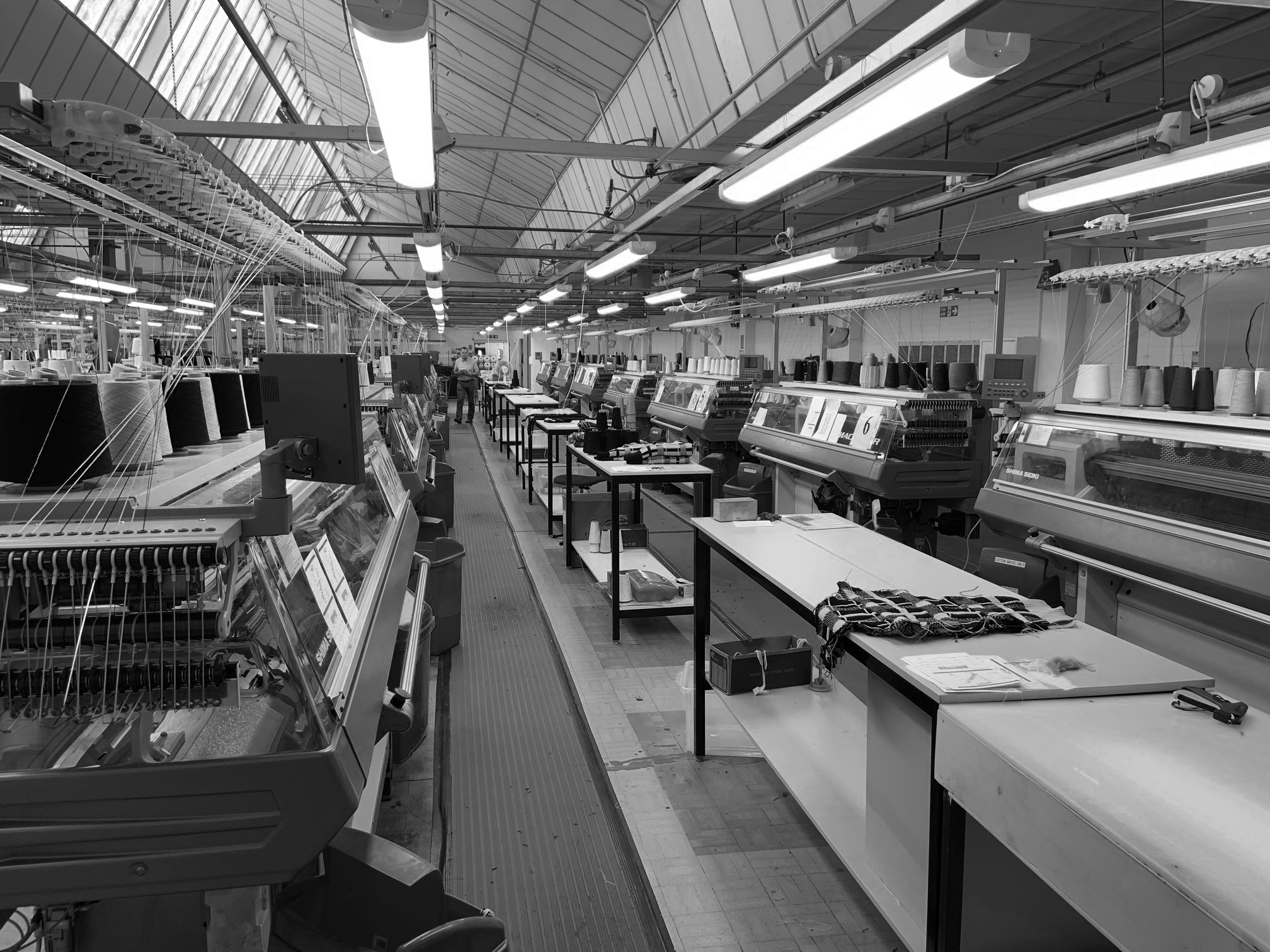 In 2012 Barrie Knitwear was acquired from Dawson International by Chanel S.A, the privately owned fashion and cosmetics giant. The business is a wholly owned subsidiary of Chanel, making up part of the ‘Manufactures du Mode’ collection of artisan suppliers (of embroidery, buttons, gloves, feathers, jewellery).

Mark first discovered his passion for combining his technical and creative skills during an apprenticeship: “I was born in the time when the Scottish Borders were renowned for knitwear, we had Lyle & Scott, Pringle, all the big companies were here. It was a real boom time.

“I went on an electrical mechanical apprenticeship in 1985/6 for two years and then they put me into a technical role. I was a young guy and computer literate at a time when computers were appearing left right and centre, and I was quite creative, so I started to draw patterned work.

“From there I started to use computers to programme the patterned work and then Shimas arrived on the scene in the 1990’s. I was one of the first technicians to work on these. Over the years I’ve witnessed the growth of Shima, from being at starter level to working at several other companies all over Britain, to then becoming a freelance Shima programmer. I’ve been lucky to work on hundreds of varied developments. I saw Shima grow and grow to what it is now – the number one knitting machine and electronic programming system that manufactures knitwear.” 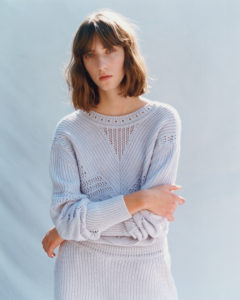 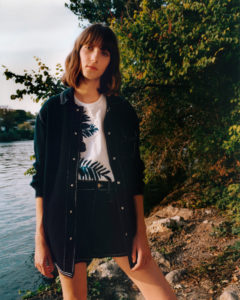 The Shima Seiki machines are at the forefront of knitwear production and since rejoining Barrie Knitwear, Mark has become the manager for the Shima programming and development section and works with a team of driven and dedicated programmers to produce numerous fashion ranges for globally-recognised brands.

“Shima Seiki has always been the foundation of what I’ve done and now to manage a department full of young trainees and really talented people for one of the biggest fashion brands in the world, and all the other brands we’re involved with, for me it’s a fantastic job. I can’t believe I’ve ended up here at times. I have a lot of passion for what I do and have worked very hard.

“My department has grown from four to 15 people and continues to grow. Chanel has continued to invest in our product and the technical resources available, so it’s a fantastic place to work.

“Every day is different and there’s very few limits. Chanel demand the best and they give us everything we need to get there. We work very closely with the designers, taking their cues and using our experience to create fabrics from the drawings and sketches that are given to us. These are then chosen to be applied to the garments that are being manufactured.”

With a team of 270 employees mainly based in Hawick, home of the cashmere industry and famed for its artisan skill base, Barrie Knitwear has gone from strength to strength and is a testament to the resilience of Scottish manufacturing. The team has exceptional technical knowledge and know-how, giving the business an enviable ability to deliver on the most creative and complex ideas of premium luxury styles for various studios.

Barrie Knitwear produces over 40 new collections each year, offering new concepts and giving a bespoke service to each of its clients.

“As we work with so many different brands and do so many ranges throughout the year, we’re constantly moving. We’ll develop an entire Chanel range for example, within a 3-5 week period and every range has to be different as that’s the nature of fashion.

“It’s very much a fashion company in terms of the speed we work at and the nature of what we produce now.” 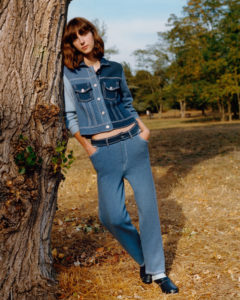 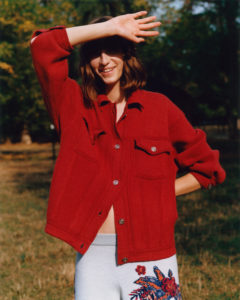 Mark manages 15 experienced and trainee programmers, with more on the horizon, and runs a continuous training scheme. Mark’s days are never the same, with tasks varying from allocating work; looking at new developments, planning knit samples and swatches, grading skill programming, producing for orders and also taking care of the welfare of his team.

“I’d consider myself very organised. I handle stress very well as it can be quite stressful at times with a lot happening throughout the year. I have an creative eye for looking over things and am patient when it comes to teaching and learning. I’d say another key skill in this role is to be caring and understanding. I have a lot of young staff and it’s a complicated job, with a lot of experience to be gained so I try to lend that experience.”

Deadlines are one of the largest challenges Mark and his team face, with the pressure of multiple million-pound fashion shows going ahead that can’t be rescheduled, in addition to new season launches. Mark is one of the key leaders within the technical field, and thrives on new challenges, problem solving and team development.

“I’m driven by getting the job done, I like to be really busy and there to be an element of pressure there. I’m also very motivated to find a way to make things happen and I can’t stress highly enough that I have a great team to help me all the way.”

For those looking to build a career in fashion and textiles, Mark shares his advice: “I would say be prepared to be continually learning and get ready for some hard work. At the moment we’re recruiting textile design degree students for trainee programmers. They have a nice grounding in textile knit, they are really keen and want to continue learning.

“The last three trainees have all been textile graduates and they’re doing fantastic. We’ve also recently taken on someone else form the factory who had a great creative CV highlighting what he’s been working, so we don’t stop at only graduates. We’re just looking for the right attitude, and an element of creativity and a technical brain if possible.”