UKFT worked with the Department for International Trade (DIT) to support the UK group at menswear show Pitti Uomo, which took place in Florence in June 2022. 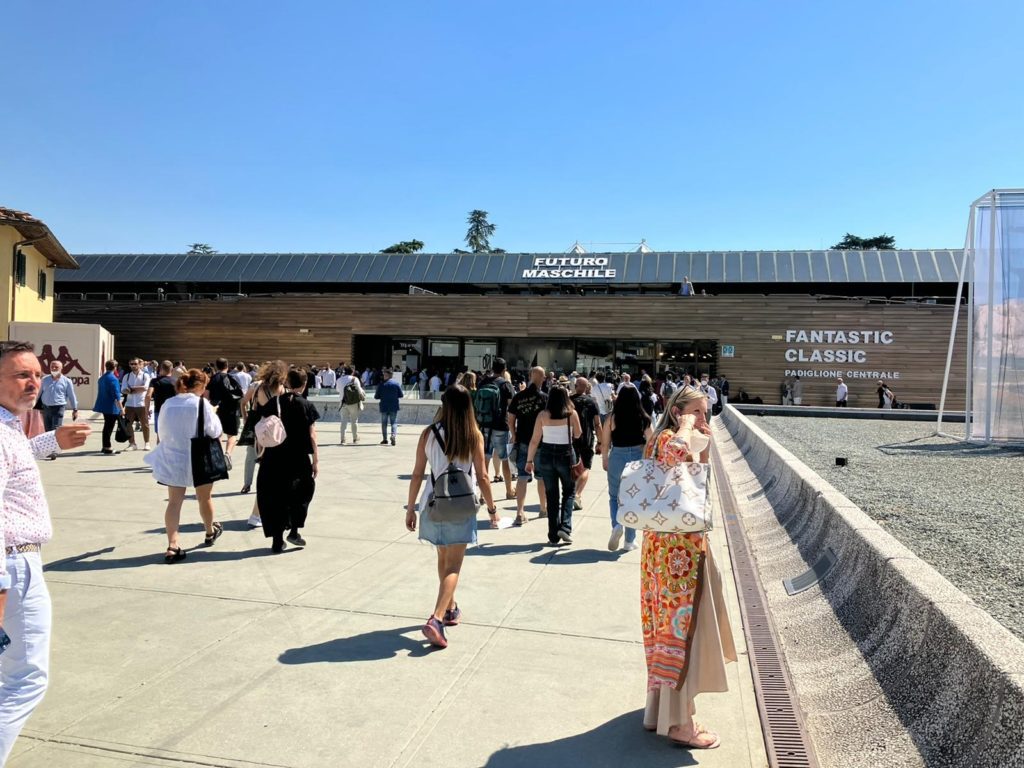 The UK Government has substantially reduced the amount of financial grants available via the Department for International Trade (DIT) due to the restrictions of new UK Tradeshow Programme and UKFT is working hard to try to reverse this decision, particularly in light of the significantly more generous contributions received by our European counterparts.

Despite this and some issues regarding ATA Carnets, the UK brands present generally felt the show was successful and remains the most important meeting place for the international menswear industry.

682 brands took part in the physical show and 688 companies were also promoted on Pitti Connect. 59% of the exhibitors were Italian and 41% of the exhibitors were from outside Italy. The event attracted 16,000+ trade visitors visited the show and 10,600+ buyers (actual stores) visited the show, according to the organisers. Approximately 60% were Italian buyers and 40% international, with more than 70 countries represented. The event organisers said that buyer attendance reached 70% of the pre-Covid figures.

UKFT has produced a full report from the event, which is available to members and covers:

This is available to UKFT members – to access your copy email info@ukft.org.