Double recognition for UKFT board in Queen’s Birthday Honours List

The UK Fashion & Textile Association’s Chairman Nigel Lugg and Vice-Chairman Ian Maclean have been recognised in Her Majesty The Queen’s Birthday Honours List 2020 for services to the fashion and textile industry, and the Covid-19 response. 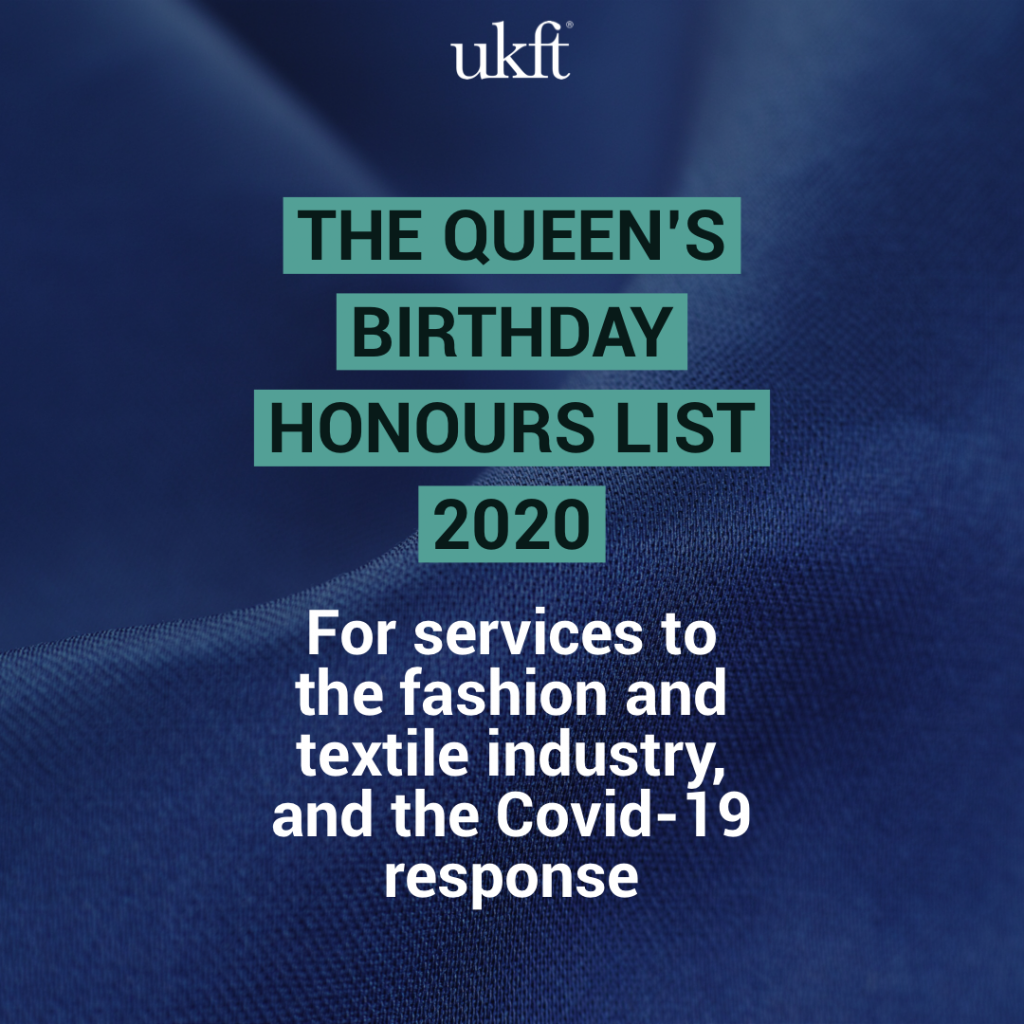 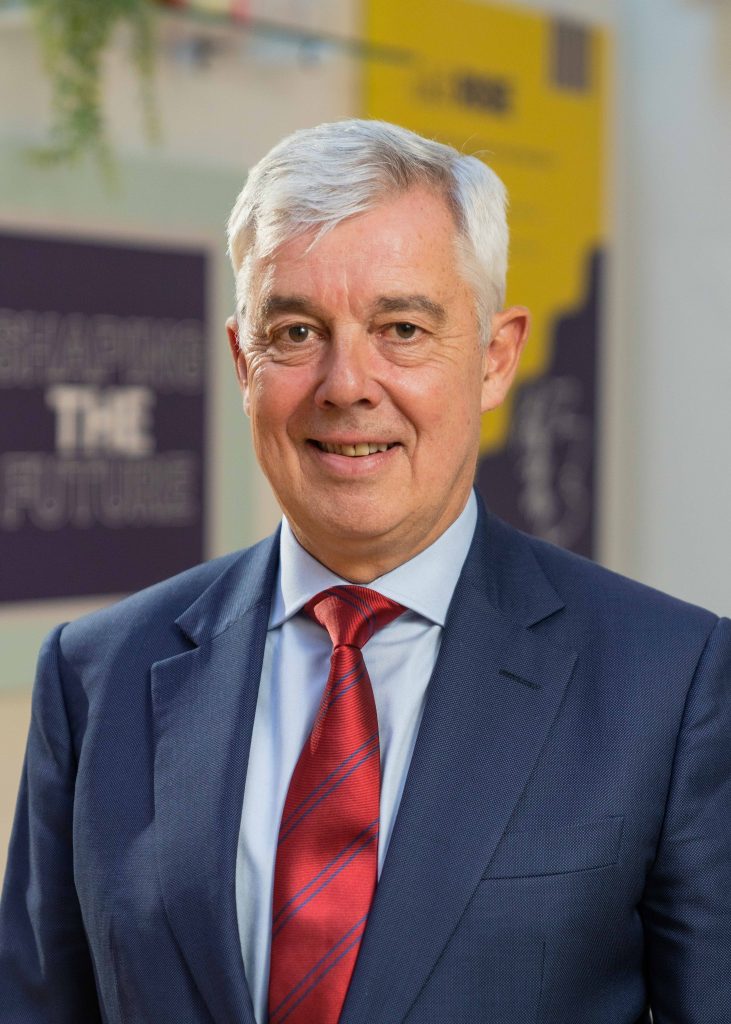 Nigel Lugg (pictured above) has spent more than 45 years in the industry, latterly as Group Chairman of Prominent Europe, which specialises in clothing supply. Originally a buyer at Liberty and then House of Fraser, Nigel moved onto the supply side of the industry in the mid-80s when he became European CEO of Warnaco. In 1992 he became a founding partner of Prominent Europe, setting up the business in conjunction with the Itochu Corporation.

He has been Chairman of UKFT for the past five years, which has transformed in recent years to support the dramatic changes within the industry.

Most recently the association has been working to support the industry through the Covid-19 crisis, and has launched a number of new initiatives to protect and promote UK manufacturing including Sew Connect, British Textile Week and Manufacturing Heroes.

Nigel said: “I am honoured and thrilled to receive this recognition. I’ve been incredibly privileged to have worked in the industry for 45 years and have been delighted to be able to help companies both big and small through my work with UKFT. I’m really pleased to be able to celebrate this honour with my fellow UKFT board member Ian Smedley, who has been recognised for his contribution to the industry and work during the pandemic.” 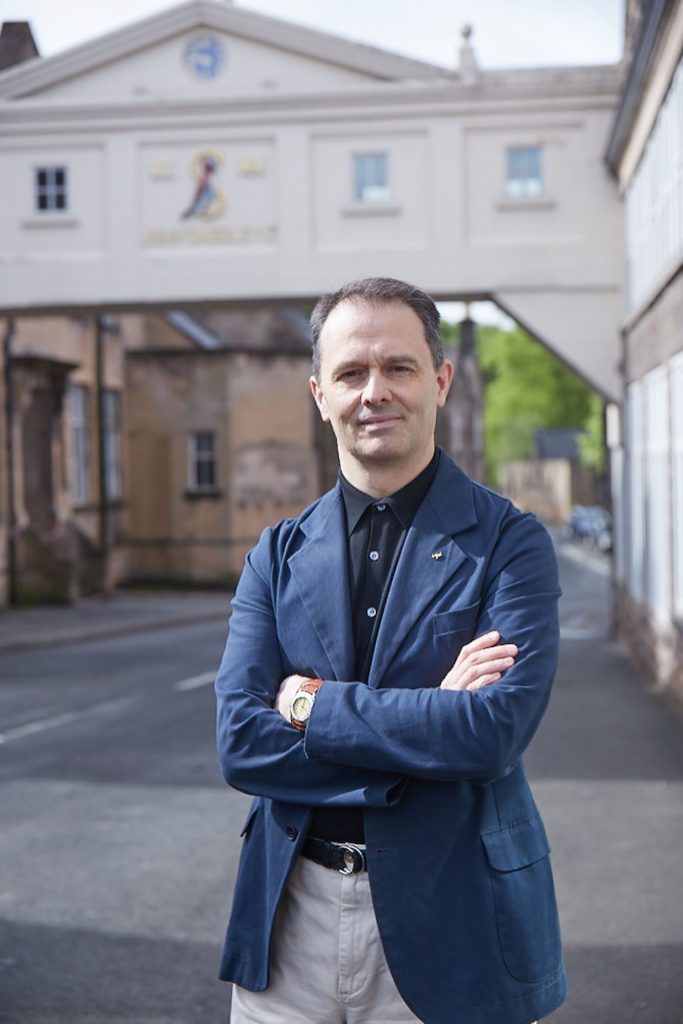 Ian Maclean (pictured above) has spent 20 years at John Smedley, having grown up with the brand as an eighth generation family member. He joined the business as a Non-Executive Director in 2000, progressing to Chairman in 2008 and finally becoming Managing Director in 2010. In 2013, John Smedley was granted the Royal Warrant of Appointment by Her Majesty The Queen, and received a visit from Her Majesty and the Duke of Edinburgh in 2014.

Ian’s honour highlights John Smedley’s response to the Covid-19 crisis and the company’s role in producing medical grade reusable scrubs for the NHS, including supplying the University Hospital of Derby and Burton NHS Foundation Trust, over 25 local GP surgeries and care homes free of charge.

Ian has been a Director and Vice Chairman of UKFT for the past four years, working to help the association bring together British designers, manufacturers, suppliers, agents and retailers to promote their businesses and the industry, both in the UK and around the world.

Ian said: “Twenty years seems to have passed in the blink of an eye and I am extremely humbled to have been nominated by my peers for this wonderful award. I have always wanted to see the UK textile industry on a growth path and as so much of our good work has been temporarily halted by Covid-19, this might be cause for us to lose heart.

“However, in the May-July period this year I saw so many amazing individuals and companies in our industry rally around to manufacture and gift scrubs to NHS doctors, nurses and carers, it gives me a lot of confidence for the future… I feel together we can ultimately bring about a revolution in the way textiles are made in the UK.”

Adam Mansell, CEO of UKFT, said: “I am absolutely delighted that Nigel and Ian have both been recognised for their outstanding contribution to the long-term growth of the UK fashion and textile industry and UK manufacturing stepping up to help with the fight against the pandemic.”

UKFT would also like to congratulate Sir Paul Smith, who received a Companion of Honour and is celebrating 50 years of the Paul Smith label, and Kim Jones, who received an OBE for services to fashion.