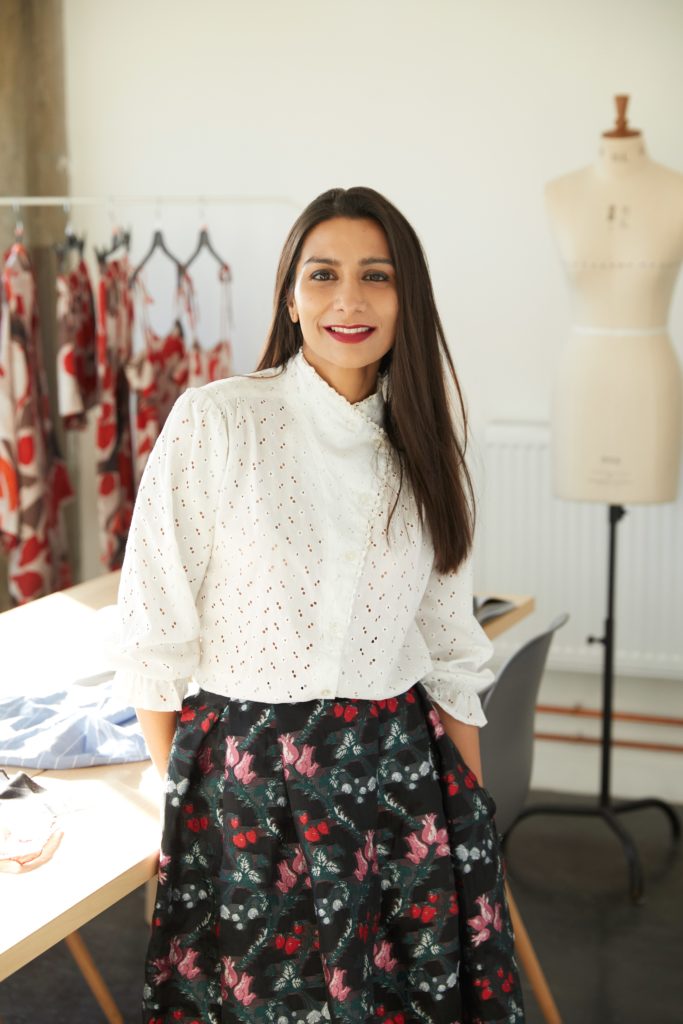 In 2018, Diana used her experience gained during an extensive career as a garment tech and product developer that spans across India, Australia, the US and culminating in the UK where she worked at Erdem, before setting up her own premium garment manufacturing unit specialising in high-end womenswear.

During her career, Diana’s interest in garment construction grew and she shifted her focus from design through to production with her role running the atelier for luxury womenswear designer Erdem which caters to members of the Royal family and many A-list celebrities around the world. It was at Erdem, whilst the team were working towards London Fashion Week once again that Diana had her lightbulb moment and decided to set up her own business.

Diana’s idea was simple. She wanted to create a high-end garment manufacturing studio that put samples at the heart of the business, helping fashion designers create beautiful garments and turn their dreams into reality.

Maes London, which is ‘seam’ backwards, launched in January 2018 and in less than three years the company has quadrupled its studio space and its output, expanding from the two directors, Diana and her partner Joshua Rosario, to a team of 14.

Although her career path may not be the obvious one, it is thanks to her years spent in the industry that Diana understands the quality required by high-end womenswear designers. She also has a firm grasp on the commercial side of the business, insisting that the intention should always be to sell collections to fund the next one.