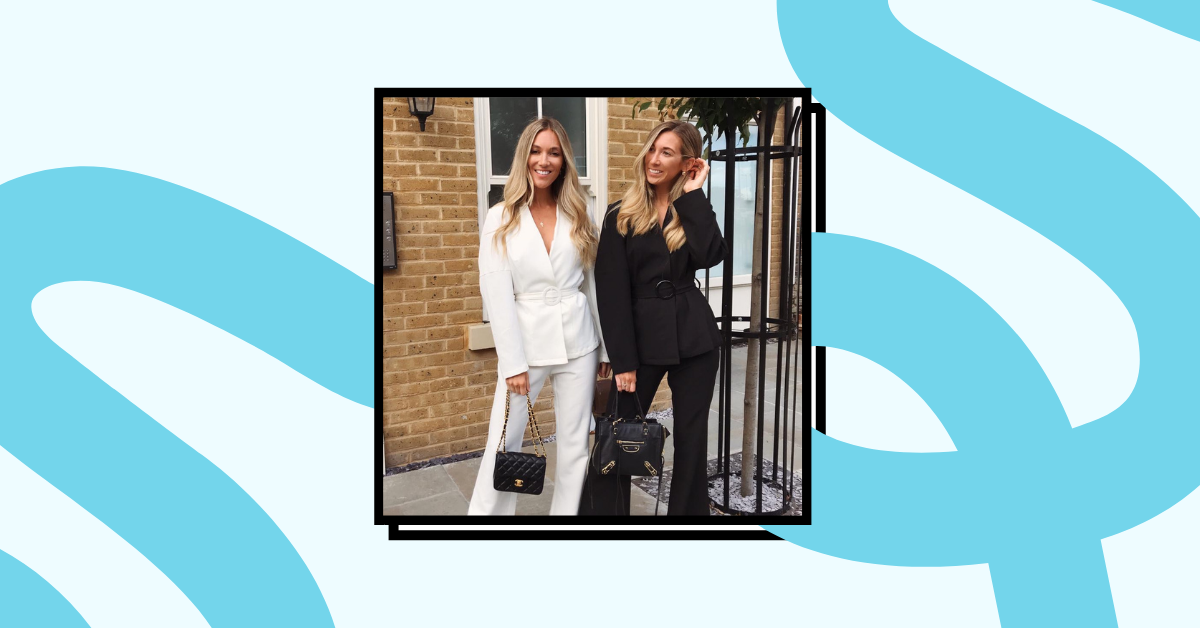 Sister duo, Stephanie and Samantha launched Pretty Lavish back in 2013 out of the back of their living room. The girls noticed an opportunity in the market bridging the gap between high street and luxury fashion. So, in 2013 with Samantha’s fashion buying knowledge and Stephanie’s finance expertise, they decided to launch Pretty Lavish and run it alongside their full time jobs.

With very little money to invest, social media was their only form of marketing. They worked closely with influencers when the industry was just taking off and saw fantastic result from their collaborations very early on.

As their business grew in sales, Samantha and Stephanie outgrew their living room space and so converted their mums loft into an office/studio where they continued to work alongside their jobs in the evenings and weekends.

After an amazing reaction to their first designed in house collection, Samantha & Stephanie took the plunge and left their jobs. As sales continued to grow, they soon took on their first members of staff and in 2017 made their next office move to their store in Hertford before relocating to a much larger premise in 2020.

Pretty Lavish is a worldwide recognised fashion brand, best known for their sophisticated occasionwear, luxury knitwear and more recently their sleek and modern bridesmaid’s collections. Their in-house designed collections consist of timeless trends and each piece gives the impression of thought through and considered outfit choice. In 2019 Pretty Lavish was nominated by Drapers for the ‘Young Fashion Brand of the Year’ award.

Pretty Lavish’s purpose is to reshape the comparative culture we live in to one where women of all cultures, shapes and sizes celebrate their bodies and are confident in their own skin. Be it when wearing Pretty Lavish or not.