UKFT “Made in Türkiye” or “Made in Turkey” Labelling Update

Are you selling fashion or textiles that are produced in Turkey? UKFT has produced an update with recommendations for garment importers and brands relating to the labelling and use of “Made in Türkiye”.

Since 2020, the Turkish government has been pushing the international community to refer to its country by its Turkish language name of “Türkiye” rather than the official translations accepted and understood in those countries.

When the programme started, Made in Türkiye was a similar branding campaign to some of these with an attractive logo and branding. 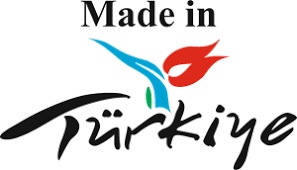 The rules on garment labelling in most countries including the UK require that, where it is deemed necessary, “Made in” labelling and other compulsory fibre and warning information must be in the official language(s) in use in those countries.

In the UK, whilst the “Made in Türkiye” label in and of itself would not be a problem on a garment made in Turkey (it can appear), this labelling alone would not be acceptable as a description in English for consumers in the United Kingdom for customs or trading standards as Türkiye is not the official name by which the country is officially known in  the UK.

The US has already confirmed that it will not accept “Türkiye” instead of Turkey on product labelling. France and other countries in the EU including Spain are likely to make similar decisions. UKFT has contacted UK government for clarification and has suggested that UK should do likewise.

Currently, UKFT’s recommendations to garment importers and brands are as follows:

If any change is announced in the name the UK accepts for Turkey, business guidance from the Department for International Trade will be updated and issued accordingly.

UKFT can advise members of the labelling requirements in all major markets throughout the world.