Jump to
Home / About UKFT

The UK Fashion & Textile Association (UKFT) is the largest network for fashion and textile companies in the UK. We bring together designers, manufacturers, suppliers, agents and retailers to promote their businesses and our industry, both in the UK and throughout the world.

We are in a unique position representing the entire UK fashion and textile supply chain, from spinning, weaving and knitting, right through to the catwalk.

We are headquartered in London and we have staff working in Scotland, the East Midlands, Lancashire, Merseyside and Yorkshire.

Our President is HRH The Princess Royal.

Voice of the industry

As the collective voice of UK fashion and textiles, UKFT is committed to creating the best environment for our industry.

Supporting the growth of ‘made in the UK’.

UKFT is the Sector Skills Body (SSB) for fashion and textiles in England, Scotland, Wales and Northern Ireland. We work with employers, training providers and other stakeholders to raise the skills and productivity of the people who work in our sector to the highest level, ensuring the UK fashion and textile industry remains competitive against global competition.

In addition, we also…

Run UKFT Rise, a supportive community for early-stage fashion and textile firms, uniting entrepreneurs with the passion, ambition and creativity to challenge the status quo.

Textile Scotland is now part of UKFT and promotes the unique strengths of the Scottish fashion and textile industry, with dedicated strategies for growth focused on skills and exports.

Who We Work With

UKFT members include some of the UK’s most well-known fashion and textile brands, heritage success stories and emerging designer labels, alongside the manufacturers and suppliers that turn those designs into a reality. Our community spans some of the most innovative spinners and weavers the world has to offer, as well as traditional businesses preserving skills that have been handed down through the generations. We are proud to work with everyone from established family businesses through to pioneering catwalk designers and progressive production units that partner with some of the world’s biggest names. Our members range in size from small and local producers up to global super brands, but what they have in common is a belief in quality, craftsmanship and a commitment to creative talent.

Companies and organisations we work with include: 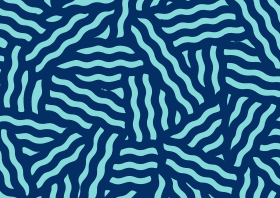 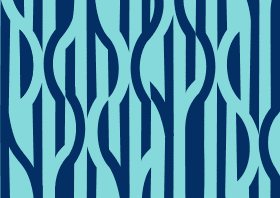 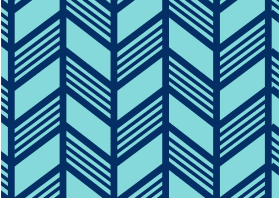 Director of Innovation and Sustainability 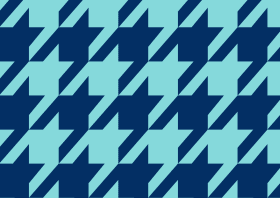 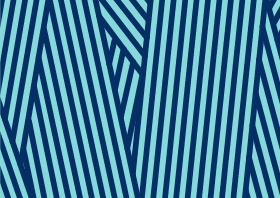 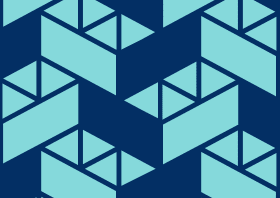 The UKFT Board uses their skills and varied industry experience to support the organisation and ensure strategic direction, with regular meetings throughout the year.

Select a board member

Nigel Lugg OBE is Chairman of UKFT. He was most recently Group Chairman of the Prominent Europe, which specialises in clothing supply. Prominent serves a broad client base offering men’s shirts and suits, womenswear and casualwear to retailers across Europe; it has offices in Barcelona, Paris and Milan as well as London and Nottingham. It also owns the Chester Barrie brand and holds the menswear licence for Richard James Mayfair.

Originally a buyer at Liberty and then House of Fraser, Nigel moved onto the supply side of the industry in the mid-80s when he became European CEO of Warnaco. Then in 1992 he became a founding partner of Prominent Europe, setting up the business in conjunction with the Itochu Corporation.

Nigel became CEO in 2002; at the same time as Itochu took full control of the company. He has overseen the company’s development from shirt specialist to the broader role it has now.

Having grown up with the John Smedley brand as an 8th generation family shareholder, Ian chose to begin his career within finance working for 3i plc, the UK’s largest private equity provider. Following this, Ian began a 14 year advancement through niche multi-channel retailer Orvis, leading areas across buying and sales for both the US and UK. The brand saw rapid growth during the period, expanding from 4 to 27 shops, and Ian ultimately took charge of sales and marketing within the UK.

Moving into the family brand, Ian began his role at John Smedley as a Non-Executive Director in 2000, progressing to Chairman in 2008, and Managing Director in 2010. Under Ian’s leadership the brand has consistently moved forward, not only developing its design aesthetic to attract new consumers, but also strengthening its core values as a contemporary luxury brand. Ian has led the company to increasingly profitable growth in the last few years.

Stewart joined Allied Textiles Ltd. as Chief Executive in September 2007 from Chisty Home Textiles, where he was the Director responsible for Sales & Marketing. Previously, he had performed various international roles in Courtaulds Textiles plc, including Regional Sales & Marketing Director of the Asia Pacific fabric business, based in Hong Kong.

Stewart gained his law degree at the University of Newcastle Upon Tyne, before qualifying as a Chartered Management Accountant.

Adam is the CEO of UKFT.

Adam joined the industry 25 years ago and has worked across a wide number of trade bodies. Having represented all aspects of the fashion and textile supply chain, Adam has links to every part of the industry, from design, fabric and component suppliers, wholesalers, brands, manufacturers and retail.

Adam leads the team at UKFT and has overseen the expansion of UKFT’s activity and membership. The organisation represents a wide range of UK fashion and textile businesses, helps hundreds of brands with their export strategy and is the government appointed Sector Skills Body for the industry. Adam has also led on the development of the manufacturing membership of the organisation. As well as running the organisation Adam focuses particularly on government relations, regularly briefing Minsters, MPs and civil servants.

Adam also represents the industry on a wide range of panels and groups. He is Chair of the Future Fashion Factory, a £5 million industry research project and a Board Member at the University of Leeds’ School of Design Industrial Advisory Board. He is Vice President of Ginetex, the international care labelling organisation. Adam is also the project lead on a £1m project working with IBM and Tech Data looking at sustainable supply chain optimisation. Adam is on the board of trustees at CAPITB Trust, an independent charity providing support and funding for “people employed or about to be employed in the British clothing industry”. He also sits on the advisory board of Textiles 2030 and the steering committee for the Institute for Positive Fashion.

Adam regularly comments on industry issues in the trade and national press.

The Simon Carter story began in 1985, Simon was studying and spent his free time pursuing his interest in vintage clothing and accessories in the stylish shops of Chelsea. His first business move came in the shape of a men’s pewter brooch which he had manufacturedand sold successfully to one of Chelsea’s most innovative jewellery stores. However, the company really found its niche when Simon developed the business to include cufflinks and watches, adding new product lines as the client list expanded.

The company continued to grow through the nineties adding in new products such as luggage and ties. Around this time Simon was crowned by the press as the ‘King of Cufflinks’ for his iconic designs such as the Aspirin cufflink. Early 2002 saw Simon Carter significantly expand the product offer to include a menswear line. PB Tailoring were granted the exclusive, worldwide rights to produce suits and shirts under the Simon Carter brand. From the start, the range proved popular with both buyers and customers alike and the collection is now stocked in leading department stores around the world.

Today, the accessories include watches, cufflinks, ties, luggage, small leather goods and men’s jewellery. The collections are carried in some of the most exclusive department stores and independent retailers in 35 countries around the world including Selfridges, Fortnum and Mason, Harvey Nichols, House of Fraser, John Lewis, Takashimaya, Bloomingdales and David Jones, as well as online.

Belinda gained a Bachelor of Education degree and began her career as a physical education teacher before going into marketing with a telecommunications company. It was whilst working in the Scottish Borders that she developed an interest in the cashmere knitwear industry, which at that time was still steeped in classic design and traditional production methods. Belinda recognised the potential of cashmere as a fashionable luxury item and, encouraged by a manufacturer Belinda designed her first collection.

Before starting her own label, Belinda worked with internationally famous labels including Nina Ricci, Michael Kors and Dior. Belinda Robertson Ltd. was established in 1992 and came to be defined by modern, flattering cashmere garments.

Over the years her efforts have been rewarded by a number of accolades including Scottish Business Woman of the Year (1999), Entrepreneur of the Year (2000), OBE for services to the textile industry (December 2001) and Designer of the Year (Scottish Style Awards 2002).

Professor Parikshit Goswami is Director of Technical Textiles Research Centre and the Head of Department of Fashion and Textiles at the University of Huddersfield.

Professor Goswami’s areas of research are product development using flexible materials and application of chemistry for functionalising textiles. Professor Goswami manages a large portfolio of research concerned with fibre/polymer science, nonwovens, medical textiles, sustainable materials, nano and submicron fibres, and plasma treatments for functionalising textiles. He is a member of Society of Dyers and Colourists (SDC), Education, Qualifications and Accreditation Board (EQAB), and is a Trustee of SDC.

Prior to joining the University of Huddersfield, Professor Goswami was the Director of Research and Innovation at the School of Design, University of Leeds and he led the Fibre and Fabric Functionalisation Research Group.

Patrick Dudley-Williams is the creative director and founder of UK menswear brand, Reef Knots. Patrick started the business in 2013 after a 13 year career in the stock market at Citigroup and Morgan Stanley. Reef Knots’ core product are handmade printed silk ties inspired by the ocean and the summer. They are designed to remind the customer of life far away from the corporate grind. The brand has now spread into a wider range of menswear (most notably swim shorts and shirts) and has one store in the City of London, supporting the online business.

Patrick is also Chairman of UKFT Rise, supporting fashion startups with informational and networking events across the year.

Lorna was the founder and director of The Alliance Project, a £150m public-private partnership to bring back textile manufacturing to the UK. She is currently co-founder of The Pipeline and had become a trusted advisor to big cap companies and Whitehall on gender and developing executive female talent. She is also a board member of the Greater Manchester Local Enterprise Partnership and a trustee of the education charity, SHINE. Lorna is deeply committed to unlocking women’s potential at the top of corporate Britain as well as realising growth in the Northern Powerhouse.

Previously, Lorna was CEO at the Britain Israel Communications and Research Centre (BICOM) and turned BICOM into an internationally renowned centre of excellence. She was also a visiting Fellow at the Defence Academy’s Advanced Research and Assessment Group and former Member of Parliament for Rochdale.