The company identifies naturally occurring pigments, engineer its microbes to produce them in the lab, and transforms them into colourful industrial dyes.

As Colorfix does not use any harmful substances at any point in its process, the waste is non-hazardous. It is also significantly reduced overall due to the efficiency of the dyeing process. The process saves water and never pollutes the resources that are used. The Colorfix process saves at least 31% CO2 emissions, 35% electricity and 49% water ompared to mainstream methods (based on a third-party LCA comparing the conventional versus Colorifx cotton dyeing process).

Colorfix, based in Norwich, is now launching the first generation of its pigments onto the global market, but says this is just the beginning!

The first step in the process is to find a colour in nature. This could be one produced by a plant, animal, insect, or microbe. Using online databases (never a physical specimen) Colorfix looks at the organism’s DNA and pinpoint the exact genes that lead to the production of that pigment.

Colorifix grows engineered microbes in a fermentor, the same way beer is brewed. The microbes grow on local, renewable feedstocks such as simple sugars, yeast, and plant by-products, dividing every 20 minutes and resulting in a large quantity of dye liquor within one to two days.

Next, the firm builds that DNA and inserts it into its Colorifix microbe (a bacteria or yeast). The resulting engineered microbe then acts as a tiny biological factory. It reads the new genetic information and makes the pigment in the same way it is produced in nature.

Transferring colour with one renewable additive

Everything in the fermentor—the microbes and residual water, salt, and sugar— are then placed in standard dye machines along with the yarn, fabric, or garment to be dyed. To the dye liquor, Colorfix adds 10% glycerol— a renewable, non-toxic compound used widely in the textile, cosmetic, pharmaceutical, and food industries. This causes the fibre to swell, providing access for the microbes and improving dye absorption. 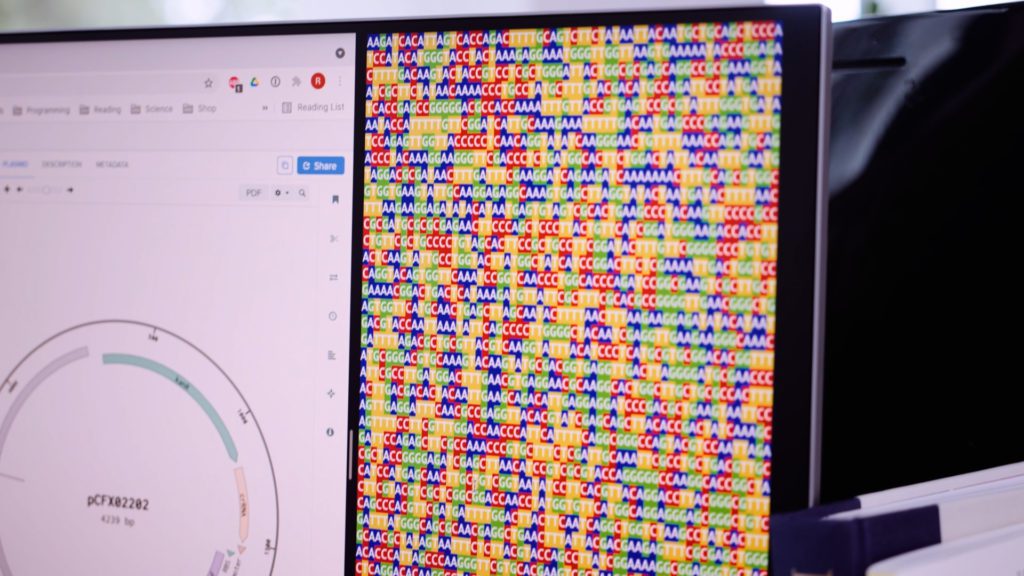 In conventional dyeing, many harsh and toxic chemicals are introduced at the fixing stage to create a permanent bond between colour and fibre. Colorfix’s engineered microbes, however, are able to create this bond without any of these additives. The microbes concentrate the nutrient salts and metals that are already present in water to levels that facilitate this dye-fabric interaction. In other words, the fixation occurs through a naturally-occurring biological process.

Find out more at www.colorifix.com

The UK: Creators of responsible fashion and textiles