Holland & Sherry has developed a new fabric that features wool sourced from a unique flock of Merino sheep bred and raised in Scotland.

The Monadh Mor collection is a world-first and exclusive to Holland & Sherry, woven in England from Scottish merino wool. The range includes a 235gsm suiting fabric in a 50% Super 120s Scottish Merino, 35% Super 140s worsted and 15% silk blend.

Monadh merino wool is a premium fibre with limited supply as each season, only one lamb is bred from each ewe.

The animals grow healthy and strong on the small highland farm where they produce a distinctive fleece with a softness and lustre that is truly exceptional. 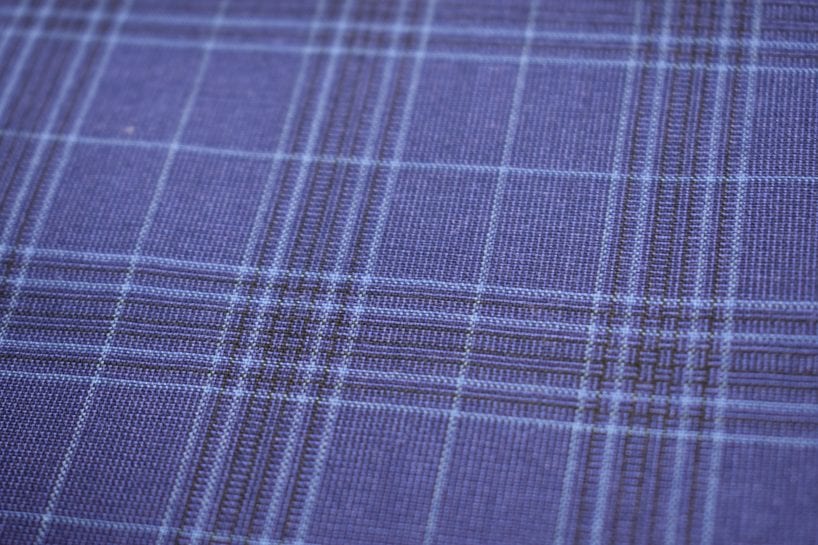 Since 1836 Holland & Sherry has supplied prestigious tailors and luxury brands with some of the finest cloths in the world. Stephen George Holland and Frederick Sherry began the business as woollen merchants at 10 Old Bond Street, London, specialising in both woollen and silk cloths. In 1886, the firm moved premises to Golden Square, at the time the epicentre of the woollen merchanting trade, and in 1982 the business moved to Savile Row, which remains as its registered head office.

In 1968 Holland & Sherry bought Scottish cloth merchant, Lowe Donald, based at Peebles, in the Scottish Borders and decided to locate its distribution to the purpose built warehouse there. Of all the cloth merchants of Golden Square, which were established in the late 1800s, only Holland & Sherry remains and it has purchased nearly 20 other wool companies over the decades.

The company says it is constantly engaged in research for ever fine and more luxurious fibres and fabric qualities; sourcing the finest natural fibres, ranging from Super 240’s, cashmere to pure worsted Vicuña.

The campaign to promote the creativity, quality, craftsmanship and innovation within the UK textile industry has been developed by UKFT in partnership with The Clothworkers’ Company. Contact textiles@ukft.org for more details.